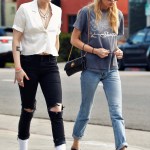 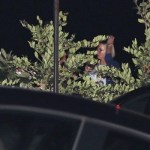 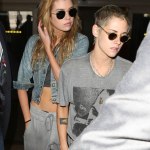 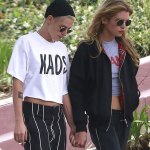 Exes Kristen Stewart and Stella Maxwell are hanging out together again as friends, just months after their quiet, 2018 breakup.

Kristen Stewart and Stella Maxwell are proving that it’s totally possible to be friends with your exes. The women, who split in October 2018, were spotted hanging out in the trendy Los Feliz neighborhood of Los Angeles on May 20, just keeping a low profile and going for a walk. Well, as low a profile as they can when they’re a massively famous actress and a Victoria’s Secret model. Both dressed down in cool outfits, Kristen, 29, going braless under a white button-down crop top, paired with ripped jeans and muddy Chucks. Her hair was doing this “Andy Samberg in 7 Days In Hell thing” that really works for her. Stella, 29, dressed down in a Sturgis Motorcycle Rally tee, cuffed jeans, and a pair of black Vans.

It’s unclear what they exes were doing together during their outing, but they seemed deep in conversation. But don’t get it wrong; this isn’t proof that Kristen and Stella are back together; the Charlie’s Angels actress is still happily dating her girlfriend, celebrity stylist Sara Dinkin. While Kristen and Stella, who got together in 2016, quietly ended their relationship in October, it wasn’t until Kristen was spotted holding hands with Sara in September that the world found out about the breakup. Meanwhile, Kristen’s fans are all atwitter about a different one of the exes: Robert Pattinson.

With the news that he was the frontrunner to be the next Batman, came fans hoping — nay, demanding — that she play Catwoman. As a source close to the studio producing The Batman told us, though, that ain’t gonna happen. While she’s obviously a massive talent, they’re afraid that putting the famous exes together in a massive franchise is going to distract from the project.

“It’s cute that fans are lobbying for Kristen to be Catwoman in The Batman, but it likely won’t happen,” the Warner Bros. source told us EXCLUSIVELY. “It’s not because they dislike her; they would just like the film to have its own identity, and not be linked to Twilight.”