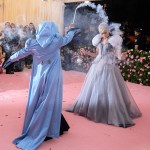 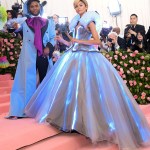 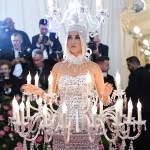 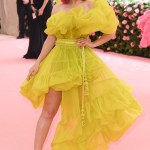 Apparently, not everyone fell in love with Zendaya’s 2019 Met Gala look. Lindsay Lohan chimed in with her thoughts on the star’s Cinderella dress & said it’s old news.

Zendaya, 22, lived out her fairytale dreams at the 2019 Met Gala in a Cinderella-esque gown, but is appears that Lindsay Lohan, 32, wasn’t a fan of the look. After a fan Instagram account shared a stunning snapshot of Zendaya in her dress, Linds left a comment that totally dissed the Disney-inspired ensemble. “Claire Danes did that with @zacposen already,” she wrote. “@ClaireDanes you wore this dress so beautifully, I don’t know why someone thinks that they can be more chic. Ever.” Ouch, Linds.

Zendaya was absolutely beaming in her Cinderella look, so we’re sure she’s letting Linday’s comment roll right off her shoulders. The gorgeous actress arrived on the May 6 pink carpet in her princess-like dress and literally lost a slipper along the way. This year’s theme, ‘Camp: Notes On Fashion,’ stood for exaggerated and over-the-top, and that’s exactly what Zendaya did when she dressed up as the Disney princess. The star dyed her hair blonde and tossed it up into an up-do bun with a pretty gray headband. The dress was the spitting image of the gown Cinderella wore in the classic film, only Zendaya’s was gray. The frock featured circular poofy sleeves and a skin-tight corset peplum bodice. Campy all the way!

While ‘campy’ was the official theme at the 2019 Met Gala, the night seemed to take on a second theme of Disney-inspired looks. Katy Perry, 34, channeled Lumière from Beauty and the Beast when she arrived dressed as a chandelier from Moschino Fall 2016. Kendall and Kylie Jenner also joined in on the Disney fun, and stuck to the theme this year when they dressed as Anastasia and Drizella, Cinderella’s evil stepsisters.

You can see a side by side comparison of Claire Danes’ 2016 Met Gala dress with Zendaya’s new look, above. Lindsay is right about one thing, these two light-up Cinderella dresses are very similar. However, both ladies look drop-dead-gorgeous and who’s to say there isn’t enough Disney magic to go around!