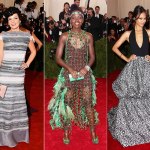 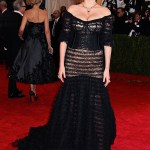 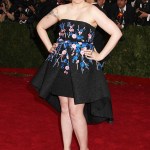 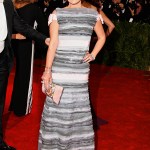 In monochrome purple and orange looks, feathers and confident strides, Kendall 23, and Kylie Jenner, 21 were setting themselves up for meme territory — no matter how amazing they looked in their “Camp” get-ups. Well, Twitter did its thing after witnessing their 2019 Met Gala dresses on May 6, and the resulting tweets were merciless per usual. Fans couldn’t help but think of another pair of siblings — Marlon Wayans and Shawn Wayans in White Chicks — when the undercover agents took the runway in purple and orange drag. “Kendall and kylie look great but they also look like the fashion show scene from white chicks THERE I SAID IT,” one fan pointed out among many.

That wasn’t the first film suggested. The second most popular reference were the evil twin sisters from Ella Enchanted, who also donned purple and orange dresses for a scene. “Kendall and kylie rlly went as the stepsisters from ella enchanted,” one observant fan tweeted, while another person wrote, “kendall and kylie looked like the sisters off ella enchanted buttttt they killed it.” Dapne and Velma were another iconic duo that was suggested, and The Cruz Show amusingly tweeted, “let us find out Kylie Jenner and Kendall Jenner about to remake the new Scooby Doo film as Daphne and Velma 👀.”

The list went on: Kendall and Kylie were likened to Gumball and Darwin from The Amazing World of Gumball and even Cinderella’s step-sisters (it didn’t help that Zendaya actually showed up as Cinderella after the Jenner sisters’ red carpet entrance). It was a good day for Twitter. Kendall was in on the joke too, as she also posted a photo of the evil step-sisters to her Instagram Story and even threw in another suggestion: the orange and blue tuxedos from Dumb and Dumber.

Kendall and Kylie’s feathered dresses weren’t actually from Hattie and Olive’s closets, but were instead the result of a brainstorming session with none other than designer Donatella Versace. Viva La Met Gala — or, in this case, Viva La Memes.