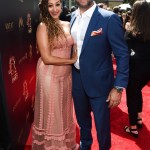 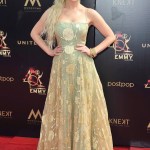 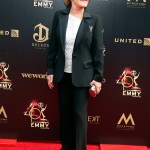 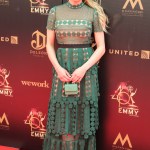 The 2019 Daytime Emmy Awards were a big night for Judge Judy, and she certainly looked like the star of the show when she showed up with her new hair makeover on full display!

Judge Judy has been rockin’ a much longer hairstyle than we’re used to seeing her with recently, and it was front-and-center once again when she hit the Daytime Emmy Awards red carpet on May 5. The 76-year-old actually pulled her longer hair back into a low ponytail for the event, and she looked fabulous. Before this new look, Judy had the same cropped hairdo for as long as we can remember. However, in April, she debuted her longer locks during an episode of her show, Judge Judy.

The Daytime Emmy Awards were a big night for Judy, as she was honored with the Lifetime Achievement Award. Longtime fan, Amy Poehler, presented her with the honor. “I have a profession that has always been my passion,” Judy said in her acceptance speech. “And tonight, I have this lovely honor, which says I’ve done my job well. Life has a beginning a middle and an end. As most of us, I don’t remember the beginning, I’m having an absolute blast in the middle, and if my luck holds, I won’t be around for the end!”

In addition to her hairdo, Judy looked fabulous in her embellished white top and black blazer at the Daytime Emmys. She even majorly glammed it up for the show, wearing a pop of red lipstick and rouge blush to give her cheeks a distinct glow. She complete the look with stud earrings, as well.

After accepting the Lifetime Achievement Award, Judy posed for goofy photos with Amy in the press room, and showed off her fun side. This new hairdo certainly seems to be bringing out a more youthful energy in Judy, and we’re absolutely living for it!