Jordyn Woods is looking like an entirely new woman ever since the scandal broke that she fooled around with Khloe Kardashian‘s baby daddy Tristan Thompson at a Feb. 17 house party in L.A. While Kylie Jenner‘s longtime BFF completely lost the goodwill of Kar-Jenner clan with her betrayal, she also lost about 30 pounds off her figure. The 21-year-old has been favoring body-con outfits lately that show off her killer curves every chance she gets. Her slim down is even more apparent as she’s been rocking bikinis and other swimwear on her Instagram account lately, showing off her tiny waist and ripped abs.

While Jordyn has been letting her body to the talking when it comes to the weight she’s shed, Dr. Spencer Nadolsky, MD, Board-certified family and obesity physician with Renaissance Periodization EXCLUSIVELY tells HollywoodLife.com that “It is hard to tell just from the images, but she appears to have lost around 30 pounds.” Jordyn was heavy enough at one point that she worked as a plus sized model, and ironically it was Khloe who gave her a big break by hiring her to model the reality star’s Good American jeans on the brand’s website.

Jordyn’s weight loss journey actually began in 2018, when pals encouraged her to start hitting the gym to get more healthy. She told E! news last year that she had become “addicted” to going to the gym, saying “I have a love-hate relationship with cardio… Weights, squats, I feel like it all plays an important role.” The former Life of Kylie star added that, “Just staying consistent and doing something everyday whether it’s walking, jogging, squats, weights at home or going to the gym. I feel like a little bit of something every day is very helpful.” 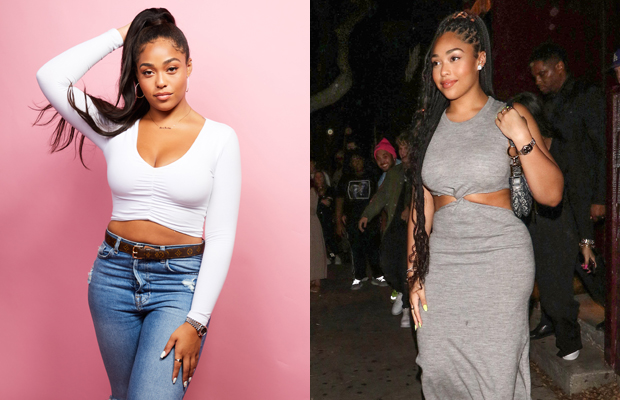 While the gym workouts helped her slim down a bit from her heavier days in 2016-17, it’s been over the last few months since the Tristan cheating scandal broke where Jordyn has been flaunting her best body ever. During a trip to London in late March, she rocked a skin-tight leather jumpsuit while going out to dinner, a painted on turquoise mini-dress for a new project and killed it in a slinky metallic gold dress. Nearly a month later her slim down is continuing with her parade of sexy swimwear shots on her IG account.