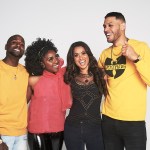 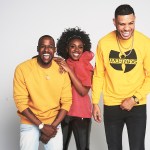 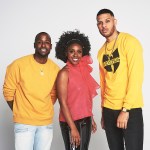 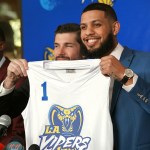 What do you get when a top NBA player cheats on his wife with a messy social media star? Throw in a snooping reporter BFF and the answer is BET’s sexy drama, ‘Games People Play.’

It’s the sexy new show that BET has been teasing for weeks. Games People Play, which stars Lauren London, 34, and Sarunas J. Jackson, 29, finally premieres on TV on April 23 and HollywoodLife got a chance to sit with the ensemble cast to find out what the hype is all about. Based on Angela Burt-Murray’s page-turner “Games Divas Play” it focuses on the lives of basketball star Marques King (Sarunas) and his devoted wife Vanessa (Lauren).

On the surface the young power couple look like they have it all – fame, wealth and an adorable little girl. But, in reality, Marques is stepping out on Vanessa with a sexy social media star Laila James (Parker McKenna Posey), who seems to be plotting their downfall with the help of Marques’ best friend, Kareem (Jackie Long). Add to the mix Vanessa’s BFF Nia (Karen Obilom) – a tabloid journalist always on the hunt for her next big scoop – and you can see why Games People Play is set to be must-see TV.

We spoke to Sarunas, Karen and Jackie about the new show, along with the series’ executive producer Tracey Edmonds. Here are five reasons why we think Games People Play will have you hooked from the first episode:

1. It proves that fame can’t buy you happiness. “For me, I have a personal interest in exploring the dynamics of L.A. lifestyle,” says Tracey, 52, who was married to music producer Babyface Edmonds for 15 years. “Especially the high life of L.A., because all that glitters is not gold. Everybody that you think has the perfect life is really dealing with so much mess, and drama, and challenges, and stuff behind the scenes. We get a chance to explore what goes on behind the scenes through the eyes of this power baller couple. We see how they have to smile in the public, and go home and deal with all their issues, and explore whether this couple – who are both flawed – have enough love to keep their family unit and their marriage together.”

2. You may start to understand why some pro-athletes can’t resist temptation. “I think when men get in a position where they have a lot of access to women; where they’re not hearing ‘no’ too much, they take advantage of that,” says Sarunas. While the actor doesn’t condone cheating, he’s not quick to judge mega pro-athletes who stray, either. “I can’t understand being that big,” he says, referring to stars like soccer player Cristiano Ronaldo and golfer Tiger Woods. “That’s a whole other level that it’s easy to judge, because [we’re on the] outside looking in… Until you’re in that position, it’s a little different.”

3. Games People Play features a villain who you’ll love to hate. Jackie plays Kareem, Marques’ best friend and assistant who’s money-hungry and doesn’t have his friend’s interest at heart. “Kareem is a person who wants the money for the wrong things,” Jackie, 37, says. “He wants it just for the fame. The attention. The girls.” The actor adds, “He had potential to be something in life, but he’s so money-driven he messes his life up.”

4. You’ll see Nia get herself into sticky situations, caught between being a showbiz journalist on the rise and a loyal BFF. “She tries to help her best friend. Sometimes that causes a lot of problems in her life,” Karen says. “For me, I’m like, ‘Which one are you going to do? Are you going to put yourself first or are you going to keep putting others first?’”

5. You’ll see a cast who genuinely love and care for each other. The actors’ chemistry was obvious during the photo shoot. They consider themselves to be family and that’s something you can see both off and on the screen. While they’re promoting Games People Play, Lauren is mourning the loss of her partner, Nipsey Hussle, who was tragically killed on March 31 a few days after he visited the show’s set. “He came there to support Lauren and I had a chance to see the two of them together,” Tracey says. “There was just so much beautiful energy between them.” She adds, “We hadn’t had a chance to see her since the tragedy, but we’ve all just been sending her daily love and prayers.”

Games People Play premieres on BET on April 23 at 10pm ET/PT and will air every Tuesday at 9pm ET/PT from April 30 onwards.