Denise Richards joined one of the most divisive seasons ever of ‘RHOBH’ as the ‘Puppygate’ scandal deeply divided the cast. She’s revealing if she now regrets joining the show.

Denise Richards was the brand new face in season nine of Real Housewives of Beverly Hills. But her season was marred by the “Puppygate” scandal that led Lisa Vanderpump to quit filming with the rest of the cast for the majority of episodes. So did all of that drama make Denise have second thoughts about signing up for RHOBH? “I don’t have any regrets doing the show. I had a really great time with all the women and had a good experience. There are some things perhaps I wish I didn’t say but it’s all part of doing a reality show I suppose,” the 48-year-old tells HollywoodLife.com EXCLUSIVELY.

“I love all these women. They’re strong, opinionated, amazing moms & wives and juggle their careers. They all support each other and I get along with all of them. I’m not a confrontational person, but if someone comes at me or someone I care about I definitely have their back and defend myself. I’m also the type that likes to resolve any conflict and move on from it and have a good time!” she continues. After Lisa quit filming with the rest of the cast, Denise was the one person she did tape with, as seen in the midseason trailer that dropped on April. 16.

As to how she was convinced to join the show, it came from pal Lisa Rinna, 55. Denise says that she “gave me a lot of advice, much of it is private,” about what becoming a cast member on the show would entail. “I’m closest to Lisa Rinna in the cast. I’ve known her for a long time. I’ve become friends with all the ladies and really enjoy being around them,” the Bold and the Beautiful actress shares. 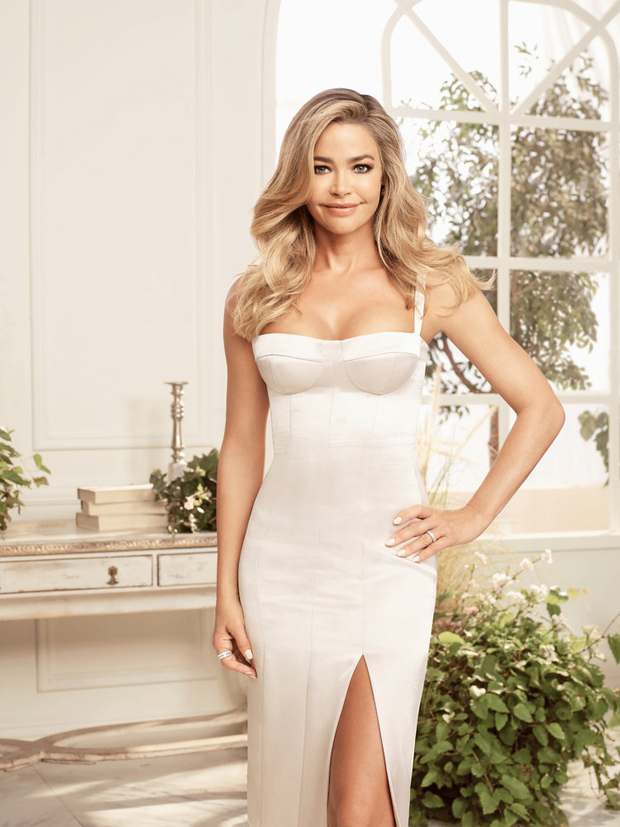 Despite the Puppygate drama, Denise had a blast on season nine. “I loved doing RHOBH, they’re a great group of strong women that I really respect and admire. They were all welcoming to me and we had a lot of fun together,” she tells us. Denise turned out to be a great addition to the cast and hopefully she’ll be back for more seasons to come.