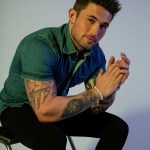 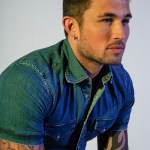 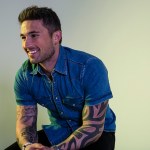 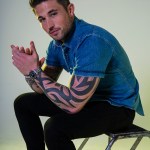 We caught up with Michael Ray EXCLUSIVELY to talk all things music and get an update on his wedding planning with fiancee, Carly Pearce. Plus, SO much more!

It’s true: Carly Pearce’s new album will feature a song with her fiance, Michael Ray! “It’s great,” Michael dished to HollywoodLife EXCLUSIVELY. “We’re excited to get it out and finally talk about it. We’re finally able to say it out loud!” Fans have been wondering about a possible collaboration between these two lovebirds for months now, and Carly confirmed earlier this month that the track will be on her sophomore record, although the release date has not been revealed at this time. Carly and Michael began their relationship quietly, but by summer 2018, they confirmed to fans they were an item. They’ve been very public with the relationship ever since, which Michael said is important to both of them.

“Knowing that we have fans our age, going through the same stuff we are — we wanted to show them that you can come through heartbreak even better and find somebody you’re meant to be with,” he explained. “It’s very important for us to be public with the relationship and that it comes from us. I think that means a lot to the fans. It makes them feel close to us and, in a way, they can kind of live through us a little. It feels good for them to celebrate the whole thing. It’s been very welcoming and very sweet. Everybody’s been very kind and really cool about it.”

Carly and Michael got engaged during a holiday trip to Tulum, and just like with everything else in their romance, they shared the news with fans on their own. Now, they’re putting together their wedding, which will take place in 2019, and Michael admitted that he gives Carly and her mom all of the credit when it comes to planning. “They’re not hiring a wedding planner — they’re taking the whole thing on!” he revealed. “They have this unique connection, like they can speak without even talking. So I just sit back and trust the process. Her mom has definitely taken a lot of the load off of Carly and is helping her quite a bit with planning. But Carly has her head up so much better than I do with having so many different things going on at once. She’s so much better than me at that! She can take on, like, nine different things at once and is able to compose herself. I’m very fortunate to have both of them taking care of it.”

In addition to the great things happening in Michael’s personal life, he’s also currently enjoying the success of his latest single, “One That Got Away,” which is climbing up the Billboard country airplay charts. “I want to live in that moment for a little, but I also don’t want to lose the momentum,” Michael admitted. “My mind already has one foot over here [with the song], and one foot over here writing for the next record and listening to songs for the next record. We’ll narrow it down over the next four months and then go in and do it.”

And, yes — Carly has of course been an inspiration for Michael while putting this next album together. “If you look through my catalogue of writing, you can definitely tell where Carly came in,” he laughed. “I grew up loving traditional country music — the sadder, the better. The most depressed thing you can think of, I’m going to gravitate towards. But now, I’m feeling way more content and grounded with where I’m at. There’s definitely a lot more happy, love songs that will make the record. It’ll definitely take everybody on this journey I’ve been on over the last several months.”

Michael is currently out on the road, headlining his Nineteen tour. He is also nominated for his very first Academy of Country Music award at the upcoming show on April 7 — he’s up for New Male Artist of the Year against Jimmie Allen, Jordan Davis, Luke Combs and Mitchell Tenpenny. Not too shabby, right?!