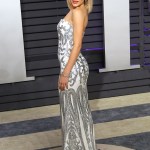 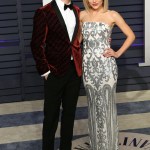 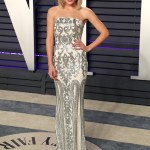 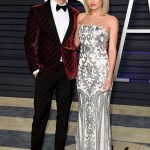 Ahead of the Feb. 25 hometown dates episode of ‘The Bachelor,’ get to know more about Cassie’s sister, Michelle Randolph — who is dating a celebrity you’ll totally recognize!

Cassie Randolph has been a fan favorite all season long on The Bachelor, and she’s found herself in Colton Underwood’s final four! Cassie, along with Tayshia Adams, Hannah Godwin and Caelynn Miller-Keyes, will bring Colton to meet their families on the Feb. 25 episode, and you may just see a familiar face during Cassie’s trip to Huntington Beach! That’s because her younger sister, Michelle Randolph, is fairly known in her own right — she even boasts 175,000 followers on Instagram! Here’s more to know about the gorgeous 21-year-old.

1. She’s dating actor Gregg Sulkin. While Cassie has gained fame through competing on The Bachelor, Michelle is also no stranger to the limelight — she has a boyfriend of her very own in the industry! Michelle has been dating Bella Thorne’s ex, Gregg Sulkin, for more than five months now, and the actor first went public with their romance on Instagram in October 2018. “Thank you for coming into my life and making it better,” he wrote at the time. “I love you.” Michelle shared her first photo with the actor at the same time.

2. She’s a model. Michelle got her start in the entertainment industry as a model, and is signed to the Wilhelmina modeling agency in Los Angeles. She has modeled for Forever 21, Tobi, Year of Ours and many more brands.

3. She’s done some acting. Michelle made her acting debut in the 2017 TV movie House of the Witch. She also starred in the Ion Christmas movie, A Snow White Christmas, which premiered in Dec. 2018. In 2019, she’s set to star in the movie 5 Years Apart, which also stars Chloe Bennet and Scott Michael Foster.

4. She’s super close with Cassie. Cassie and Michelle are just two years apart, and they’re super supportive of one another. On Michelle’s 21st birthday last year, Cassie gushed on Instagram, “Happy 21st to my baby sister & better half. So lucky to be stuck with you our entire lives.” The girls also have a younger brother.

5. She previously dated a pro surfer. Before she got together with Gregg, Michelle was in a relationship with pro surfer, Koa Rothman. It’s unclear when they split, but Michelle’s last social media post with Koa was in Dec. 2017.