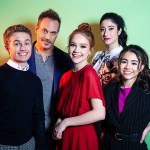 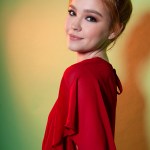 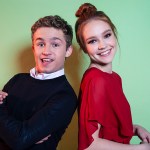 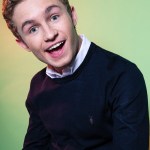 Are ready to go back to the world of ‘Kim Possible’? HL spoke EXCLUSIVELY with the cast of the highly-anticipated DCOM about paying homage to the original series, the addition of a new character, and more!

The live-action Kim Possible, an all-new Disney Channel Original Movie, premieres Feb. 15. The DCOM comes over 10 years after the hit show ended in 2007. The movie stars Sadie Stanley as the titular character, along with Sean Giambrone as Ron Stoppable, Ciara Riley Wilson as Athena, Todd Stashwick as Dr. Drakken, and Taylor Ortega as Shego, Issac Ryan Brown as Wade, Alyson Hannigan as Dr. Ann Possible, and more. The cast stopped by HollywoodLife to chat about all things Kim Possible.

The cast is well aware that the expectations are high for this DCOM. Kim Possible is one of Disney Channel’s most beloved animated series. “The writers went to great lengths to put Easter eggs throughout the whole film in the background for the keen-eyed fan to spot along the way,” Todd told HollywoodLife. “When you’re dealing with something as important to people as this, you have to take great care. The fans are very devoted, and they love it so much. And so when you’re treading through somebody’s precious territory, we have to recognize the love that they feel and then we feel the same love. So much care was put into making it an authentic Kim Possible experience, and at the same time making it stand on its own as a live-action feature.”

The DCOM will be a treat for new fans as well as original fans.”I think that there’s something for everybody in this movie,” Sadie said. “It’s hilarious. There’s so much comedy in this. Ron has some great comedic relief, the villains are hilarious, and their banter is so much fun. There’s so much action, which was really fun to film and learn how to do, and then there are amazing relationships that you get to watch develop and all these great lessons for kids and adults.”

While most of the original characters are present in the live-action movie, Athena is a brand-new character created for the DCOM. “It’s really interesting and exciting thing for me to bring a whole new character into the world of Kim Possible,” Ciara admitted. “I think it’s something that’s unique to the live-action. I think Athena is a really great addition, and it definitely strengthens the theme of friendship in the movie because there is a new solid member of team Possible. Athena is Kim’s biggest fan, and when she’s having a little bit of a hard time in high school, Kim and Ron really take her under her wing and show her what it means to be a true friend.”

Sadie loved having this new character for the live-action series. She said that bringing Athena into the fold will make “new fans feel like they aren’t left behind or like missing something that these older generations knew, and I think it’s awesome that we get to bring these characters that so many people loved and their experiences that so many people related to. We get to bring it to another generation, so I hope that the older generation remembers how much they loved it and gets excited for this new generation to experience it.”

Christy Carlson Romano, the original Kim Possible, will be making an appearance in the film as Poppy Blu. “It was incredible having her there, especially for the original fans. Having a little callback to the series and the original Kim Possible in the movie is an incredible thing,” Ciara continued. “For us, knowing that we have her blessing is a really special thing. It made us really confident in our movie that we have so many people from the original series kind of working on it and knowing that it’s going to do it justice and that we’re all really confident about this film and what it all is.” Nancy Cartwright, the original voice of Rufus the naked mole rat, is back as well.

The love between the cast members is real. They all had a blast working together. “Seeing my costars become these characters, I have no doubt in my mind that there wasn’t any other choice,” Taylor gushed. “These people were made for these roles. Like, nobody else could play Ron the way Sean does. The dynamic between you two [Sean and Sadie] and the way you guys brought these characters to life is the perfect transition from the cartoon.”

In addition to the cast, there will be a few changes in the DCOM. Sadie teased that the live-action movie will showcase Kim’s “vulnerable” side. “We see her struggle, and we see her not be so perfect all the time,” She said. “And I think that’s really relatable, and I was really happy to be able to bring that side of Kim to life.”