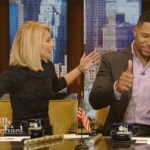 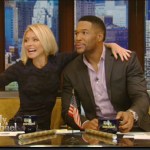 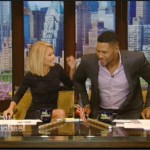 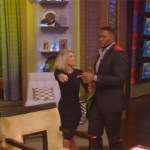 It’s been almost three years since Michael Strahan left ‘Live!,’ and he admitted in a new interview Jan. 24 that he no longer has a relationship with his former co-host, Kelly Ripa. In fact, the two don’t even talk anymore.

“I haven’t spoken to her [Kelly Ripa] in a long time,” Michael Strahan revealed in an interview with TIME on Jan. 24. The falling out between these two isn’t all that shocking. After all, Kelly was completely blindsided when news broke in April 2016 that Michael would be leaving their show. Kelly was on vacation at the time of the announcement, and reportedly found out about the decision at the same time viewers did. When she returned to the set a week later, she admitted to feeling “disrespected” by how Disney, the show’s parent company, handled the situation.

Kelly publicly supported Michael’s decision to leave Live! for a full-time role on Good Morning America, and things were amicable between the pair as he remained on the show for the next few weeks. However, when Michael’s final episode was moved up several months — he officially left the show May 13, 2016 — rumors of a rift between the longtime friends were rampant. “I learned through all that went down with that that, you can’t convince people to like you,” he told TIME. Based on this new interview, it does not seem like he’s had much of a relationship with Kelly in the years since leaving Live!

After Michael’s departure, Kelly spent nearly a full year hosting Live! solo, with a slew of guest hosts joining her. Finally, on May 1, 2017, Ryan Seacrest officially stepped in as co-host. While Kelly and Ryan have settled into their new routine, Michael picked up a new gig of his own in 2018 — he is the host of Good Morning America’s daytime talk show, GMA Day, alongside Sara Haines.