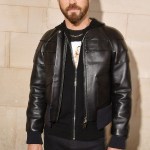 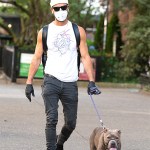 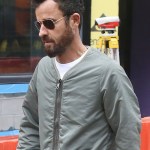 Buddies Justin Theroux and Armie Hammer had the time of their life on a day trip through Washington D.C. They visited the White House, which they called ‘Putin’s House’ and met with Ruth Bader Ginsburg.

There’s nothing like two sexy Hollywood stars spending the day sightseeing in our nation’s capital and mocking everything that’s wrong with Washington D.C. Justin Theroux, 47, and Armie Hammer, 32, got political and let fans in on their fun day trip via Instagram stories. They started off with a pic of them about to start running with “Justin and Armie take DC….Read, set BRO!” written above it. Then they made their way to the U.S. Capitol building, showing a picture of it with “First we went to the place where nothing happens ever” written in white lettering, mocking how Congress can’t get anything done.

Then it was off to President Donald Trump‘s Washington D.C. hotel, where the guys posed in front of the big gold lettering with his name on it and decorated the shot with hundred-dollar bill graphics. They added, “Then we went to Mohammed Bin Salman‘s house,” referring to the Crown Prince of Saudi Arabia. He allegedly ordered the brutal murder of journalist Jamal Khashoggi, yet Trump has stood steadfast by the Saudi leader’s side and will not condemn him.

Then it was off to the White House, or rather “Putin’s House” as the stars referred to in in wake of Trump’s disturbingly close relationship with Russian dictator Vladimir Putin. They put their hands up to frame the columns on the building’s exterior and planted a Russian flag flying from atop the WH with a smiling emoji holding it. HAH! Nice one guys. 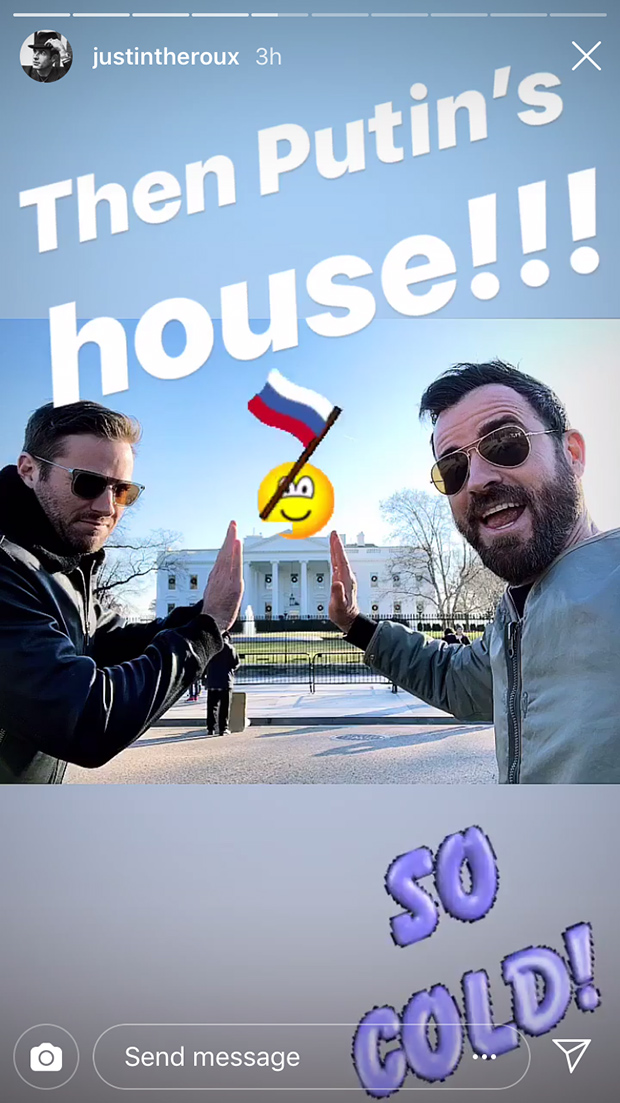 ....and then this happened!

After a trip to “fix” the Washington Monument and a stop off at the infamous Watergate Hotel, then it was time for a real treat. Armie is starring in the new movie On The Basis of Sex, which is the life story of Ruth Bader Ginsburg and her fight for equal rights through her eventual place on the U.S. Supreme Court. Armie plays her husband Martin to Felicity Jones‘ Ruth. They got to meet one on one with the 85-year-old SCOTUS member, and both men made sure to get photos alongside the legal legend. Justin posted his photo to his IG account with the caption “New couple alert” while Armie wrote “and then this happened!” next to his pic where the 6’5″ actor towered over the 5’1″ jurist. Justin and Armie’s excellent adventure provided us with quite a ride.