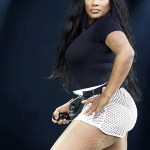 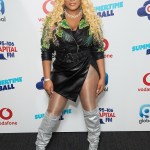 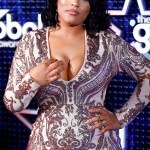 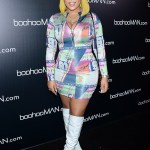 Stefflon Don might be a famous rapper in her native Britain, but thanks to a hot Instagram exchange with Drake followed up by a cozy dinner, everyone around the world wants to know more about her. We’ve got five fun facts.

British rapper Stefflon Don has had a pretty good career going over in the U.K. But thanks to a major flirtation with Drake, she’s gaining a whole lot of attention in North America. The 26-year-old did an Instagram live session on Nov. 2 where she asked potential suitors to call in and describe why she should date them. Drizzy, 32, hit her up and had a sexy 10 minute flirtation session with Steff, were he promised to take her on a date as “classy and sexy” as she is. He made good on it, as photographs have emerged of the two having a cozy romantic dinner in Miami recently. We’ve got five things to know about Steff.

1. Stefflon Don is a stage name based on her real first name.

Her real name is Stephanie Victoria Allen, so when people call her Steff, it’s still something she responds to. Her stage name is a takeoff on convicted New York mob boss John Gotti‘s nickname, the Teflon Don.

2. Steff comes from a big family who moved from England to the Netherlands when she was young.

Steff was born in Birmingham, England but her family — which includes a whopping six siblings — moved to Rotterdam, Netherlands when she was only four years old. She returned to the UK a decade later at age 14 so she could finish school in London.

3. Steff has appeared on a Drake song.

She lent vocals to Drizzy’s song “Peak” off of his latest album Scorpion.  From his sexy phone call it’s clear he definitely knew all about Steff, offering to “organize all your heels and your fits and your wigs for you. I’ll make sure they’re all color coded.” It’s unclear if up until their Miami dinner date whether they’d met in person or if her vocals were recorded elsewhere and sent in for “Peak.”

4. Steff has appeared on a hit song with Demi Lovato.

In Spring of 2018 she was featured on British DJ/record producer Jax Jones‘ dancehall track “Instruction.” While Demi handled the lead vocals, Steff pitched in a few bars. The trio even performed it live at London’s Summertime Ball in June of 2018.

The venerable British music magazine has a long and storied 66-year history, but their print edition operation closed for good in 2018 as many print magazines are thanks to internet competition. Steff had the honor of gracing the cover of the final print edition of NME in March of 2018, cementing her place in British music history.