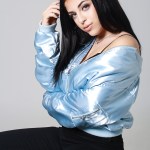 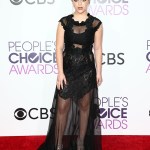 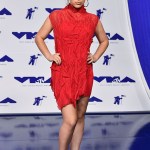 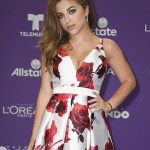 Baby Ariel is guest-starring on the all-new episode of ‘Henry Danger,’ and HollywoodLife has an EXCLUSIVE preview of her appearance! Her character, Patina, is finally able to leave the house, thanks to Kid Danger!

Patina’s finally here! In our EXCLUSIVE preview of the episode, Henry (Jace Norman), dressed as Kid Danger, walks up to Patina (Ariel Martin, a.k.a. Baby Ariel) to meet her for the “first time.” Patina is so excited to be out of the house. “This suit is amazing,” she tells Kid Danger. “Thank you so much.” She’s wearing a suit to protect herself from air, since she’s allergic to it.

Patina, who is Jasper’s crush, asks Henry why he owes Jasper (Sean Ryan Fox) a favor. Henry knows that’s not the case — it was the other way around! He pins the question on Jasper, who just shrugs: “I don’t know!” Jasper quickly changes the subject and asks Patina to go win him a prize at the Cactus Ring Toss. “Okay, I’ll try!” Patina says, before locking arms with Jasper. She’s so adorable!

The upcoming episode of Henry Danger is titled “The Great Cactus Con” and will air Nov. 24 at 8 p.m. on Nickelodeon. In this episode, Jasper gets the chance to take his crush to Cactus Con, but when a mysterious villain gets involved in the convention the entire gang is forced into action!

This isn’t the first time Baby Ariel and Jace have worked together. They’ll be teaming up for the Nickelodeon live-action comedy Bixler High Private Eye. The movie is set to premiere in early 2019. Jace plays Xander DeWitt, who goes on a journey to find his father after he disappears without a trace. He is set to live with his former private investigator grandfather in his dad’s hometown. He meets Kenzie Messina, played by Baby Ariel, who is an investigative reporter for the school newspaper. Together, they hope to solve the mystery!