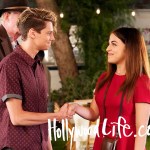 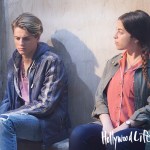 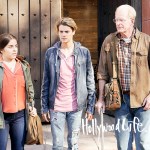 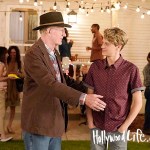 Are you ready for the next great Nickelodeon movie? HollywoodLife is EXCLUSIVELY debuting all-new photos of Jace Norman and Baby Ariel in their movie, ‘Bixler High Private Eye.’ This is Ariel’s acting debut!

Bixler High Private Eye is an upcoming Nickelodeon live-action comedy that follows Xander DeWitt, played by Jace Norman, who has a knack for solving mysteries and finds himself tackling his biggest case when his father suddenly disappears without a trace. After hijinks and skipping school to find his dad, Xander’s mom sends him to live with his former private investigator grandfather in his dad’s hometown. He finds a surprising lead there and teams up with Kenzie Messina, played by Baby Ariel, an investigative reporter for the school newspaper.

In our EXCLUSIVE photos, you can see Jace and Ariel Martin, a.k.a. Baby Ariel, in action. This movie looks like it’s going to be so much fun. This is Baby Ariel’s acting debut, as well as Jace’s first time as executive producer. “Bixler High Private Eye is very special to me since it is the first project that I helped to develop with Nickelodeon and executive producing a movie has always been a dream of mine” Jace told HollywoodLife. “Bixler High Private Eye is a funny, heartwarming story, with mystery and lots of action. Ariel and I had great time working together on this movie and can’t wait for everyone to see it.”

Baby Ariel is just as pumped as Jace for the movie! “I am beyond excited for the release of Bixler High Private Eye,” she said. “I had the best time playing Kenzie, a passionate and hard-working teenager, whose heart and determination was inspiring. The cast and crew were a dream to work with. Jace and I not only worked so well together, but also laughed non-stop. Our director, Leslie [Kolins Small], made being on set everyday such a joy and pleasure.” The movie is set to air in early 2019.

Jace currently stars in Nickelodeon’s Henry Danger, which is year-to-date the number-one show on TV with kids 2-11 and kids 6-11. He also spends his spare time working on his start up social media marketing company, Creator Edge Media. Baby Ariel is also a singer, entrepreneur, and author. She has reached an audience of nearly 40 million on her social media platinums. Her book, Dreaming Out Loud, will be released Oct. 9.