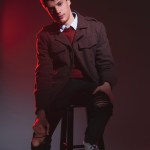 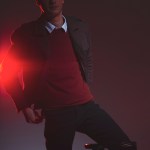 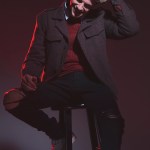 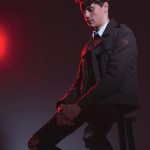 Jace Norman is a busy guy these days. HL talked EXCLUSIVELY with the Nickelodeon star about ‘Henry Danger,’ his new movie, and creating his very own company!

Is there anything Jace Norman can’t do? The 17-year-old is currently starring on Henry Danger as the titular character. The hit Nickelodeon show is now in its fourth season and still going strong. He’s also got a new Nickelodeon TV movie, titled Blurt, coming out Feb. 19. The actor stars as Jeremy, a teen who suddenly finds himself saying everything he’s thinking out loud. And we mean everything. YouTube star and Lip Sync Battle Shorties commentator JoJo Siwa stars alongside Jace as his sister, Victoria. Daniella Perkins stars as his classmate, Milly.

But that’s not all. Jace, older brother Xander Norman, and professional sports agent Mike Gruen recently launched Creator Edge Media. According to the company’s website, Creator Edge Media is a “leading influencer marketing agency that enables brands to deliver Super Bowl Sunday quality branded content through the world’s leading influencers across nearly every demographic.” Jace stopped by HollywoodLife.com’s NYC office to chat about Henry Danger, Blurt, Creator Edge Media, the underestimated power of the internet, and so much more. Check out our Q&A below!

Henry Danger is now in its fourth season, what do you think keeps bringing fans back to show?
Jace Norman: I honestly just feel like we get better each year. As this show goes on, we actually get more popular, or at least have so far. Like, it’s been awesome. We kind of started at one point and have grown up, and the fans have grown up with us. It just feels really cool to be able to say that you work really hard on something and over the years it accumulates, rather than just being a hit and then it lulls.

There’s a new Henry Danger animated show. How did that come about?
Jace Norman: From the success of Henry Danger, they wanted to branch out and do a different version of it. So they decided to go animated, which is just crazy because I grew up watching all the Nick cartoons and now I literally am one. It’s not like you’re doing a character; it’s literally my face. I do the voice, so it’s just super trippy to watch.

What’s the most important thing you’ve learned being on this show since you were 13?
Jace Norman: You can get easily lost in the entertainment industry, so I feel like that’s forced me to find my real self. Because you have to unless you want to go insane. There’s so much crazy stuff going on, and you can easily get caught up in it and get lost. There were definitely times when that could have happened to me, and I had to step back. If there’s one lesson I’ve learned from it, it’s that. I’ve had to work with adults a lot, so I’ve learned how to work with people.

You have an exciting new Nickelodeon TV movie, Blurt, coming out. What’s this movie all about?
Jace Norman: It’s such a weird movie compared to the other movies I’ve done, but I think that this one’s got the most heart. It’s about a kid who hasn’t really found his voice yet, and he learns to find his voice and find his power in his voice. I think it’s really relatable to the times that we’re in, and a lot of kids these days are trying to find their voice. It’s about him thinking for himself and being like, “The way that I think and the way that I am is actually OK. I don’t actually have to conform to what other people think and want from me.”

There’s one scene out now where you’re spouting off everything you’re thinking. Was there any improv?
Jace Norman: There’s a lot of improv in the movie. Once I got going, I just started saying things. So that was a lot of fun to roll with it, and the director definitely let me do that.

What was it like working with JoJo Siwa and Daniella Perkins?
Jace Norman: It was great. With Daniella, I think it was one of her first acting gigs, and same with JoJo. It was really cool to watch them have this first experience. For my first experience, it was mind-blowing, and you can kind of see the same for them. JoJo’s just super hard-working. She’s always ready to go. Her personality on the internet is the same as it is in real life.

What was set life like?
Jace Norman: Me and JoJo kind of had a brother-sister relationship. We would just poke fun at each other on set.

Do you think there’s anything good about saying everything you’re thinking out loud?
Jace Norman: [Laughs] No, I don’t think so. If it happened to me, I’d be screwed.

You created your own media company, Creator Edge Media. Was there a specific moment where you knew you had to do this?
Jace Norman: I kind of felt like, being in the entertainment industry, you have a little bit more of a pulse about what’s going on, so I felt the shift between the old media to the new media, which is the internet. Now you look up to your favorite influencers, you know what I mean? Instead of your favorite TV stars, maybe. I was seeing the shift, and I wanted to jump on that. I know a lot of people in that space, and instead of it being 50 year olds in a boardroom theorizing about what the kids are thinking, I’m in it. I’m there. Those are my friends. I don’t have to theorize about it. I’m right there.

I feel like actors are trying to become influencers these days.
Jace Norman: It’s interesting how there’s a little bit of a shift there. It’s like influencers are becoming actors, and actors are becoming influencers. I think it’s super underestimated how much power they have because people are kind of stuck in the old medium, but it’s really shifting. People are on their phones looking at Instagram anytime they’re not doing something important.

People still underestimate the power of the internet to this day…
Jace Norman: Yes, totally. Even though it’s shifting, I feel like people really don’t quite understand it. You see it even with Trump. He changes the world with a tweet, which is just nuts. And this Logan Paul thing that happened, that was just so much controversy. Before, all these mainstream news outlets didn’t know who he was, and then this thing blew up and they’re like, “Oh, this guy, apparently he’s really popular.” It’s like, yeah, he’s been popular.

Do you think you’ll ever stick with this full time? Or will you stick with acting?
Jace Norman: I think I’ll probably do a little bit of both. Acting’s got a special place in my heart. I love it. I’m focusing hard on this right now because I really want to push it. It’s really hard to start a company and a lot of work. It’s been a very hard year, but I’ve learned a lot. I’m just lucky to be able to have the opportunity.

What’s the biggest surprise so far in creating this company?
Jace Norman: I didn’t realize how hard it would be. I knew it was hard, but I was up until 3 a.m. last night dealing with some problem about it. It’s not easy at all. Hats off to anybody who’s ever tried to do something like this. It’s nuts, but it’s worth it if you’re doing something that you love doing.

Henry Danger is obviously a comedy. Would you ever want to do more drama?
Jace Norman: Yes, for sure. I started doing comedy right off the bat because it was my strong suit. But I definitely can do drama, and I hope I do eventually as I get older.

Henry Danger creator Dan Schneider is practically the king of Nickelodeon. What’s was your fave Dan Schneider show back in the day?
Jace Norman: I’ll probably have to go with Drake & Josh.

I feel like that’s everyone’s favorite!
Jace Norman: Everyone says that because it’s a classic. That’s what I love about Dan’s shows, and that’s why I’m so grateful to be on Dan’s shows. Kids look back and they say, “I loved that show.” That’s what is important to me. It’s about being able to look back and be proud of something and kids come up to you five years later. I hope kids will feel the same way about Henry Danger as they do about Drake & Josh. That’s my goal.

HollywoodLifers, is Henry Danger your favorite show? Are you excited for Blurt? Let us know!