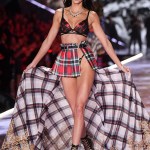 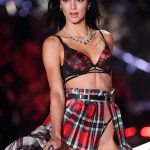 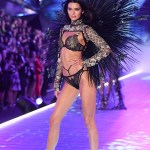 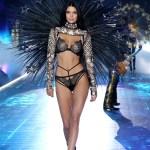 Look who’s back! Gigi Hadid made her epic return to the VS Fashion Show runway on Nov. 8, and she looked absolutely incredible in her Victoria’s Secret gear.

Gigi Hadid didn’t walk in the 2017 Victoria’s Secret Fashion Show, but she was back and better then ever for the 2018 show on Nov. 8! The gorgeous model hit the runway in a plaid look, featuring a purple plaid bra and panties, along with a red plain backpack and giant, caped green coat.  The look put Gigi’s incredible figure on display, and she strutted like a fierce queen as she showed off the sexy ensemble. Then, for her second time down the runway, she wore skintight pants and a matching crop top ensemble, which was part of the brand’s new line with Mary Lou Katrantzou. Gigi’s look also included a MASSIVE parachute-like structure on her back, as opposed to wings like the models usually wear.

During the show, Gigi had a huge smile on her face, and looked so thrilled to be walking in the VS show once again. After all, last year, Gigi didn’t join her sister, Bella Hadid, and other model pals in China for the annual event. Although Gigi never gave a reason for why she didn’t attend, it was widely speculated that she had trouble obtaining a visa to get into the country. The issue may have stemmed from a controversial video, in which Gigi seemed to mock Asian facial features, leading to major backlash.

This year’s VS Show was full of models from around the world, including Gigi, Bella and their bestie, Kendall Jenner. Plus, Behati Prinsloo, Candice Swanepoel, Elsa Hosk, who’s wearing the Fantasy Bra, Adriana Lima and more also returned for another strut on the runway. In addition to the models, the show also included performances from some of the biggest stars in music, like Shawn Mendes, Rita Ora, The Chainsmokers, Halsey, Kelsea Ballerini and more! 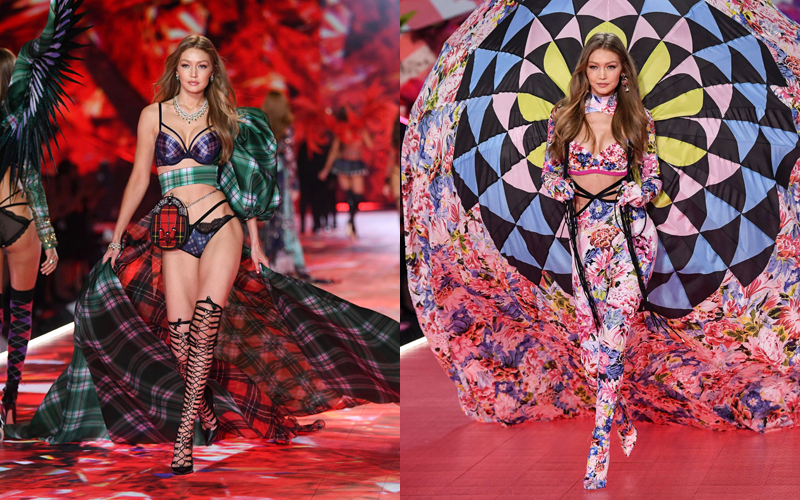 While we’ll have to rely on photos from the show to see what went down for now, we’ll get to see the whole thing in full when it airs on ABC on Dec. 2 at 10:00 p.m. How are we supposed to binge on holiday food with this on our radars?!