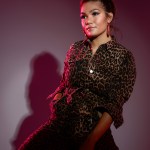 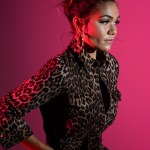 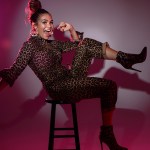 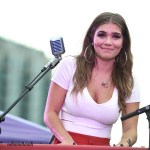 We caught up with rising star, Abby Anderson, about being named in Karen Fairchild’s Artists of the Year speech, her new EP, and more. Check out the EXCLUSIVE interview and an EXCLUSIVE video from her Opry debut!

Abby Anderson was one of several up-and-coming, female country artists who Little Big Town singer, Karen Fairchild, praised in her CMT Artists of the Year speech on Oct. 17, and she dished to HollywoodLife EXCLUSIVELY about what that incredible moment meant to her. “I was sitting to the left side of the stage with all the CMT Next Women of Country girls, and I was not the only one bawling at the table!” Abby admitted. “I was just really humbled that Ms. Fairchild would take her acceptance speech, her moment to shine, and shine a light on all of us girls. That was a lesson to me to always use the platform God gives me to shine a light on others.”

The 21-year-old just released her debut EP, I’m Good, in September, but it’s been a long time coming. She moved to Nashville when she was just 17 years old, and worked hard to get to this point. “The EP alone probably took a year and a half of writing, from the time I signed my record deal until the release date,” Abby explained. “It’s just kind of a compilation of every little personality side of me. I like to think that it’s a showcase of all the different sides of me and that’s how I hope my music will always be.”

The first single, “Make Him Wait,” is the EP’s only ballad, and inspired by “the way I was raised and my family and the values my parents taught me,” Abby told us. And, although it might be unconventional to release a ballad as a first single, there’s so much more to it than that.

“The day we wrote it, I didn’t even think I was going to cut it,” Abby admitted. “I did not think it would be a first single…ever. But the more I listened to it, the more I was like…heck yes! This is a message I want to put out into the world to young girls. It’s a song about confidence and your worth and your value. My hope is that I always put out music where the common theme, no matter if it’s slow tempo or uptempo, the common theme is confidence.”

Abby recently made her debut at Nashville’s famous Grand Ole Opry, and HollywoodLife also has an EXCLUSIVE look at her journey on that incredible day, which you can check out in the video above (produced by Opry Entertainment). Meanwhile, she’s not slowing down any time soon. “I go into the studio November, December, and get some songs cut,” she revealed. “New songs should be coming out in the first quarter [of 2019]. I’m just writing my little booty off and trying to make the best music possible!”