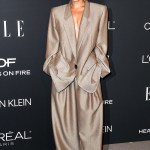 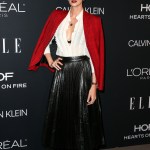 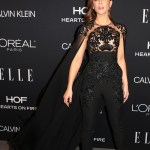 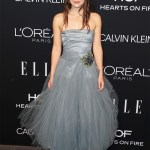 Two blonde fashionistas, one on-trend style! Lady Gaga stepped out in an oversized suit last night & we couldn’t help but think of a blonde Kim Kardashian’s look from the LACMA last November! See the lookalike styles!

Lady Gaga was a star in her metallic suit last night at the Elle Women in Hollywood event, proving she is at the top of her style game! She rocked the oversized Marc Jacobs tux without a bra, and kept with the masculine style by pulling her platinum blonde hair back in a low bun. With her jaw-dropping, stylish look, we were reminded of Kim Kardashian‘s sultry oversized Gucci suit from last year’s LACMA Art+Film event. To top it off, Kim K. was also platinum at that point and wore her long blonde locks in loose curls over the dark blazer. Both ladies kept their beauty neutral with a nude pout and smokey eye, and we can’t even decide who wore it best!

At the Elle Women in Hollywood celebration, Gaga gave a heartfelt, emotional speech, during which she noted why she decided to wear the oversized neutral pantsuit. “I felt like me. I felt the truth of who I am up in my gut,” the A Star Is Born actress said. “As a sexual assault survivor by someone in the entertainment industry, as a woman who is still not brave enough to say his name, as a woman who lives with chronic pain, as a woman who from a very young age who was conditioned to do what men told me to do, I decided today I wanted to take the power back. Today I wear the suit.” Wow, that is simply, amazing. 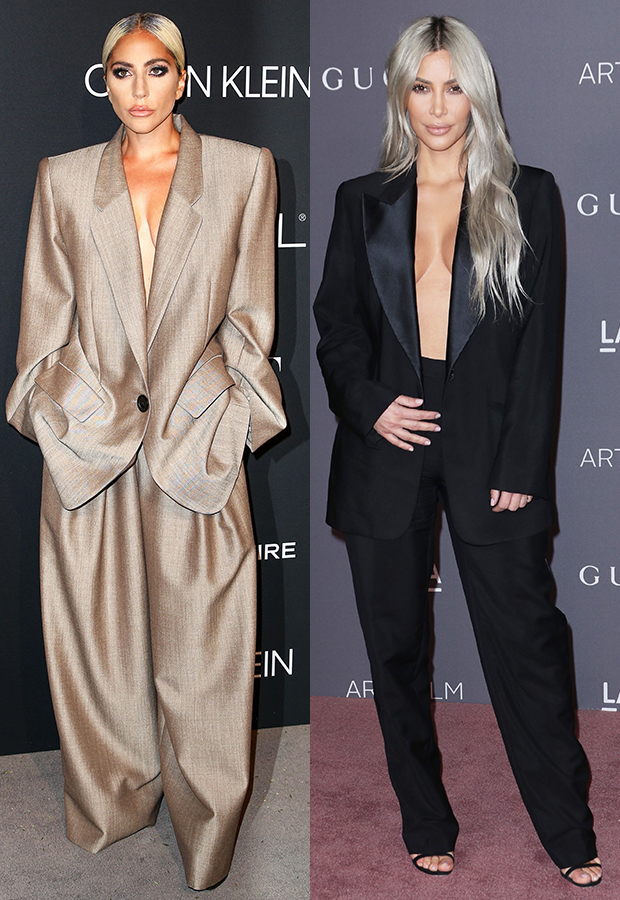 The oversized suit trend has been up and coming in the last few years, especially since Presidential candidate Hillary Clinton made her pantsuits known widely as a symbol for power and women’s strength. Blake Lively also stunned in several designer suits throughout the press trip for A Simple Favor, and even told HollywoodLife.com in an exclusive interview that her style was inspired by both the Ralph Lauren archives and the Chippendales. We’re excited to see more of this trend on the red carpet, and women rocking these power suits!