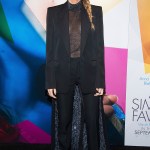 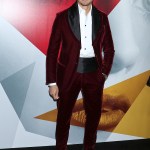 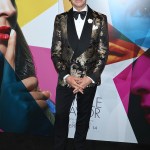 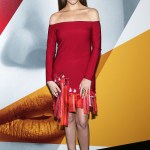 Blake Lively has been rocking power suits for the last few months, channeling the high-fashion of her mysterious character Emily in ‘A Simple Favor.’ The actress spoke to HL about what her wardrobe means in the film.

Blake Lively‘s fashion has always been top-notch, but most recently, her rainbow of designer power suits have been on-point as she promotes her new film, A Simple Favor. The self-styled star stunned in a neon green Versace number, a plaid Roland Mouret suit, a pinstripe Zimmermann suit and many more fierce looks, all in the name of Emily Nelson. Who is that, you may ask? She is Blake’s newest, complex character in A Simple Favor, which you can finally see this Friday, Sept. 14, in theaters. In the movie, Blake’s Emily has a powerful job in the fashion industry, a gorgeous husband (Henry Golding) and an adorable son; however, she also has many secrets, which we find out when she disappears without a trace. Her new friend Stephanie (Anna Kendrick) is left to search for clues and dig into Emily’s life to try and find her friend. After watching the trailer, we’re left wondering what Emily is really up to, but the thing that we know for sure is that her wardrobe is off the charts.

“To me her clothing is everything, because you immediately know how over-the-top she is, how extra she is. She seems like someone who really wants attention and is commanding attention, which is very important because she’s somebody who is actually hiding.” Blake told HollywoodLife in an EXCLUSIVE interview at the film’s premiere at the Museum of Modern Art in NYC. “She’s hiding from all these different iterations of herself, and it’s actually a great protection. She has such a distinct, iconic look that if she looked completely different in each iteration of her life, it’s easier for her to disappear when she looks like something else. So there’s not a lot of variety to her look, and I think that’s what’s really special.” Just in the trailer, we see Blake as Emily rock nine different looks. One is a housewife-y, blue floral dress, while several other outfits are stunning suits, complemented with bowties or sparkling pendants. Oh, and she almost always has a martini in-hand!

“Emily’s fashion is the way in which we find humor [in the film], because I was not only inspired by the Ralph Lauren archives, but also the Chippendales,” Blake added, referring to the touring male dance troupe, best known for their upper body costume of a bow tie, collar, shirt cuffs, worn on their bare torso. Be sure to catch A Simple Favor this Friday, Sept. 14, in theaters everywhere!