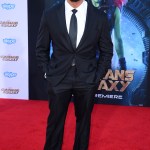 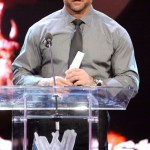 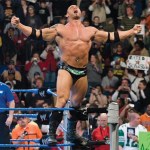 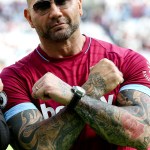 Is Drax ditching the ‘Guardians of the Galaxy’ for the WWE? Dave Bautista will be a part of ‘SmackDown’s 1000th episode, and we’ve EXCLUSIVELY heard that this appearance may not be a one-off!

Before he was the breakout star of the Guardians of the Galaxy movies, Dave Bautista, 49, was better known as Batista, a 4-time WWE Heavyweight Champion. Having debuted on the WWE’s SmackDown! in 2002, Dave will be a part of the show’s 1000th episode on Oct. 16, but this might the last time “The Animal” appears inside the squared circle. “It’s no secret that Dave Bautista wants to return,” an insider EXCLUSIVELY tells HollywoodLife.com, “and it looks like he will be returning as a full-time WWE performer.”

“He loves the stamp that he has made in Hollywood, and will not leave that [completely],” the source tells HollywoodLife.com, “but he wants one more run to seal up his career in professional wrestling. He wants one more WrestleMania moment and he wants a couple more experiences in the ring before all is said and done.” What does this mean for Drax the Destroyer?

The third installment of Guardians of the Galaxy is slated for 2020 release, but Dave has been a vocal critic of Disney over its decision to fire GotG director James Gunn over some distasteful jokes he tweeted years ago. “To be honest with you, I don’t know if I want to work for Disney,” Dave said during an interview on The Jonathan Ross Show after James’s firing, per Deadline. “It’s a bitter-sweet conversation — um, no it’s a bitter-bitter conversation because I’m not really happy with what they’ve done with James Gunn.”

With Dave being at a standstill with his future in the Guardians franchise, the source says he’s “focusing on his career outside of that,” indicating he’s “more focused on wrestling and other ventures. But he hasn’t signed a contract [with the WWE] yet” Dave is “confident” he can balance acting and wrestling – he’s in negotiations to star in the upcoming Fantasy Island movie, per Variety — and fans will have to tune into SmackDown’s 1000th episode to find out if he’s back in the WWE for good. “If they involve him in a storyline, you’ll know that he’s signed [with the WWE.] But, it is very likely that his name will be on the dotted line. Its just a matter of time before it all works itself out because both the WWE and Bautista want it to happen.”