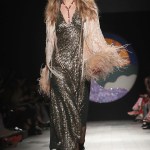 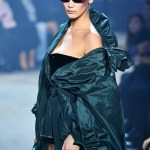 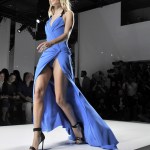 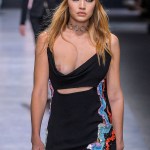 Plunging necklines and thigh-high slits can be super risky – especially when they’re being shown on the runway! Gigi and Bella Hadid are just a couple of models who have suffered wardrobe malfunctions during fashion shows.

The point of a fashion show is to display a label’s latest designs, but sometimes those ensembles don’t look quite right on the runway. From nip slips to missing shoes, there are plenty of ways a model can experience a wardrobe malfunction – just ask Bella and Gigi Hadid!

Gigi has been the victim of a runway malfunction not once, not twice, but three times. The first incident happened in Feb. 2016 when her extremely low-cut top completely exposed her nipple at Versace‘s show in Milan. Later that same year, she suffered yet another wardrobe malfunction at the Victoria’s Secret Fashion Show, but thankfully, no nips were slipped out of her lingerie. Instead, one of the straps on her getup snapped, and hung loosely down over her torso. It didn’t actually expose her in any way, but the piece didn’t look as intended.

In Sept. 2017, Gigi dealt with yet another malfunction when one of her shoes didn’t make it onto her foot at the Anna Sui show. She walked the entire runway with only one heel on, and made it look completely effortless. TBH, we would’ve been limping, but Gigi is a total pro.

Gigi’s sister Bella has also had her fair share of issues on the catwalk. Her nipple popped out of the top of her bustier when she closed out the Alexandre Vauthier show for Paris Haute Couture Spring/Summer 2018 Fashion Week in January. Oops!

But big name models aren’t the only ones who deal with finicky clothing during fashion shows. Check out the gallery above to see even more wardrobe malfunctions on the runway!