Now that Kourtney Kardashian has seemed to find herself an even younger boy toy with model Luka Sabbat, ex Younes Bendjima seems to be dissing the romance. See what he has to say.

Kourtney Kardashian, 39, seems to have wasted no time in replacing 25-year-old boyfriend of a year and a half Younes Bendjima with an even younger model and the Algerian hunk is claiming it’s all “fake.” She was spotted having a romantic dinner date and more with 20-year-old model Luka Sabbat on Sept. 15. He’s not old enough to legally drink in California! The pair had dinner at The Nice Guy followed up by a stop at West Hollywood’s Chateau Marmont Hotel where Luka was seen putting his arm lovingly around Kourt. She was dressed to impress her new guy in a tiny glittery silver minidress that was bound to get attention. Now Younes seems to be calling her out for using him as a publicity stunt.

On Sept. 18, he took to his Instagram stories to write, “I appreciate the love. Even when it’s fake. I think it’s beautiful that you can go against your own heart. For my sake,” crediting early 20th century Bengali writer Mustafa the Poet with the line. Younes is obviously still stung by their August breakup, and Kourtney apparently moving on with a new and even younger man seems to have gotten under his skin.

Kourtney and Luka would be a weird match as he’s literally nearly half her age. Ever since her breakup from the father of her three children Scott Disick, 35, the reality star has proven to be quite the cougar. Her 14-year age difference with Younes didn’t seem all that odd as she still looks fantastic. The pair spent most of their time together on romantic vacations where she was able to show off her killer body in bikinis alongside hunky Younes. Her kids occasionally accompanied them on trips, but he never seemed quite comfortable with the fact that she was a mom of three. At 25, who wants to be a babysitter to children ranging from three to eight years old. 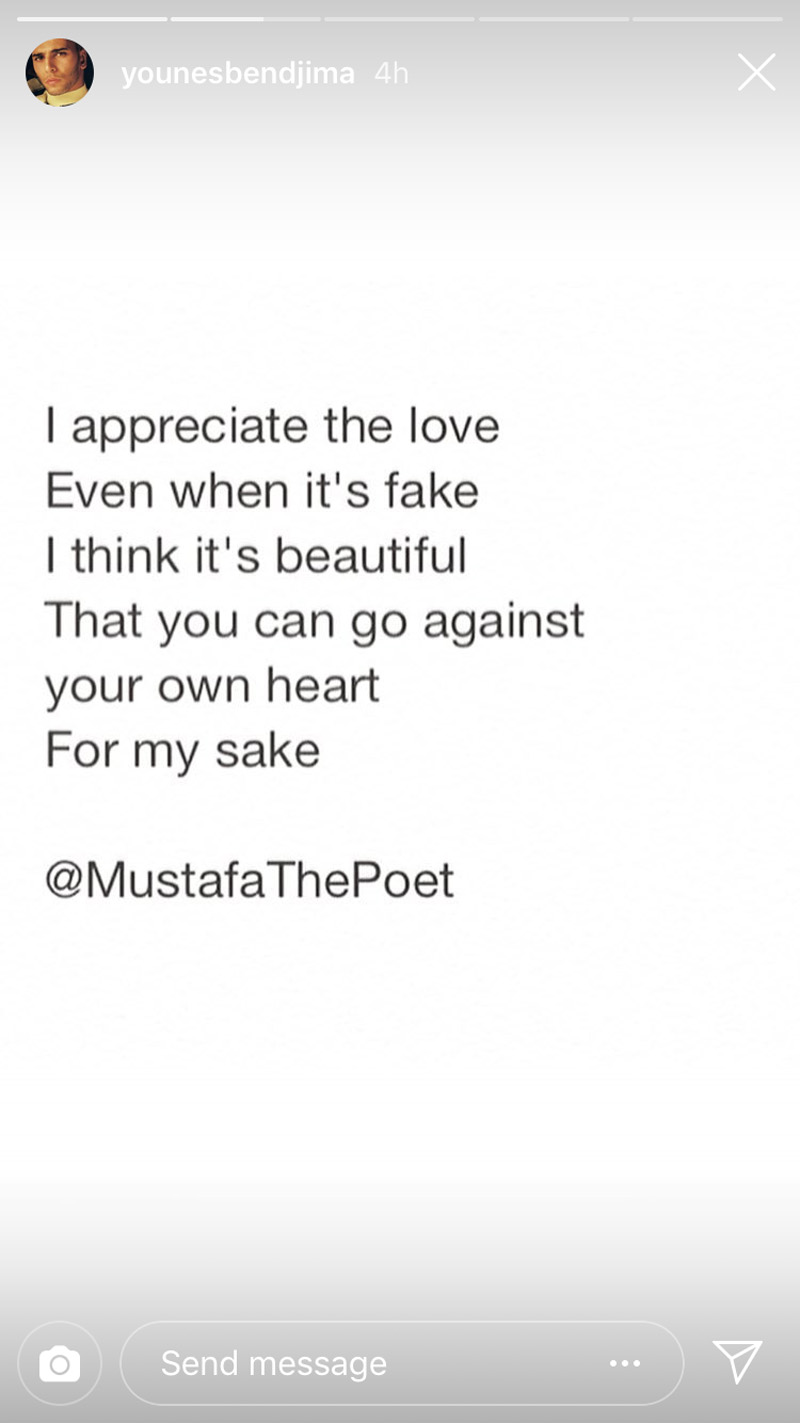 What’s even more wild is that Luka’s most recent romantic link was to model Kaia Gerber, the 17-year-old daughter of supermodel Cindy Crawford, 52. While Kaia is still a minor, she runs in the same social circles with Luka and the four year age difference at the time now seems less eyebrow raising than him reportedly dating a woman nearly 20 years his senior.He’s closer in age to Kourtney’s eight-year-old son Mason than he is to the reality star!. But hey, she’s still one hot mama so who can blame her for having a taste for younger guys.