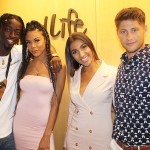 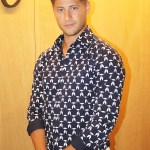 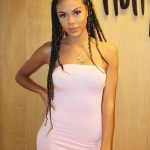 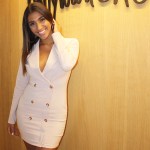 The Sept. 5 episode of ‘Are You The One’ brought a LOT of drama for Kayla when her ex-boyfriend arrived to stir things up. Here’s her EXCLUSIVE take on what went down!

Kayla Umagat was at the center of all the drama on this week’s Are You The One, and it was all because of a visit from her ex, Ikaika. During the episode, Kayla opened up about being emotionally abused by Ikaika when they dated. Finally, when he called her “disgusting” on-camera, she fought back for the first time. Luckily, she had her new love interest, Cam Viney, there to stand up for her and comfort her after all the drama, and Kayla says the ordeal made her relationship with Cam even stronger. Here’s her EXCLUSIVE recap of the episode:

“My last relationship was terrible. And the worst part was that it took me a little bit to realize it because I’ve never had anything good to compare it to. I remember being in a really dark place and very unhappy. I lost all my confidence, my positivity, and basically, I lost myself. So one day, I cut everything off between him and I.

Fast-forward to when Terrence J says, ‘In order to move into the future, you got to address the past.’ My stomach sank. I knew I was going to be seeing my ex. I never hated Ikaika, but we also didn’t end on good terms. He was just another guy who was part of my past. When I saw him walk in, I didn’t really know how to react. I remember watching him while he was hanging out with the guys. The way he acted brought me back to a bad place. He has this self-entitled presence to him.

We ended up talking about our relationship, and for the first time ever, he admitted that he treated me very poorly. I introduced him to Cam and we all had a very civil conversation. We all joined everyone at the campfire afterwards. I remember Ikaika just staring at me. I was trying to enjoy my time, but I couldn’t with him being the loudest person at the campfire while staring at me. So I asked him, ‘Why are you still here?’ and he said he wanted to find a girl for himself. I can’t explain how angry I was with that response. This guy was so emotionally and verbally abusive towards me. I finally got away, and he still somehow tries to find a way to come back into my life and use me to get a girl.

I’m so frustrated at this point with his passive aggressive sarcasm, and finally, he tells me I’m disgusting. It wasn’t even worth the argument. After all these months, he was still that manipulative, arrogant, degrading guy I used to date. I sat down and Cam asked me if I was okay. Everything was just a blur for me. I had so many mixed emotions. I was angry that my ex thought it was okay to disrespect me. I was baffled at the fact that he was still like this. I was angry at myself for ever being in a relationship where I was so badly treated. But I was also proud of my self for FINALLY standing up for once in my life. I was so overwhelmed and wanted to leave the situation. Then, I see my ex charging for Cam.

Then, there he was on the floor. Tomas with the tackle! It was a big moment for me as a person. I went all these months avoiding this guy and pretending like that relationship didn’t ruin me, but it did. And now, I was in Cam’s arms. I felt so protected and cared for. Cam holding me was everything I needed. That was the moment I really knew I liked him. The feelings I had for Cam were strong, but the way he handled himself in this situation made my feelings so much stronger.”