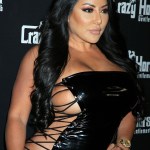 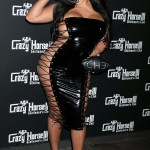 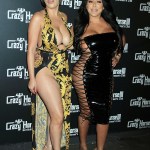 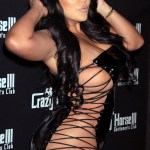 It’s the dance craze sweeping the nation. So it’s no surprise that Kiara Mia filmed herself doing the ‘Shiggy.’ But Jimmy Garoppolo’s girlfriend went one step further and claimed that she actually ‘knows’ Drake.

It seems that every celebrity on the planet has done the “Shiggy,” aka the “In My Feelings” challenge. Drake’s smash hit is a double-whammy. It’s provided a great summer jam and, thanks to the comedian Shiggy (who came up with the moves), it has its very own dance. So the fact that Jimmy Garoppolo’s porn star girlfriend Kiara Mia filmed herself doing it with her pals is no biggy. Yes, she and her busty friends were almost popping out of their skimpy bikinis while doing it, but it’s what she had to say in the comments section of her Instagram post that is raising eyebrows.

By now we all know the words: “Keke, do you love me? Are you riding? Say you’ll never ever leave from beside me.” Fans think the “Keke” Drizzy is referring to is his first girlfriend Keisha Chante. But Kiara, 41, is putting a very different spin on it and is implying that she may be the “Kiki” Drake is referring to. She wrote, “When they ask who Kiki is… make sure to mention my name, he knows.”

We have no idea if Kiara knows Drake though. At the moment, everyone’s just trying to digest her romance with her San Francisco 49ers quarterback Jimmy, who’s 26. On July 18 they were spotted looking loved up on a date at Avra restaurant in Beverly Hills. The two looked really into each other. Jimmy’s eyes were glued to her while she pulled up her skin-tight, low-cut dress before they left the restaurant. He also helped her into his car before getting into the driver’s seat – just like a gentleman should.

When they ask who Kiki is… make sure to mention my name, he knows 😉😘💋 @thehatedigmodel @mspalomares #shiggychallenge #vegas

As a source close to Jimmy told HollywoodLife EXCLUSIVELY, he’s really into Kiara. His friend said, “He thinks she is gorgeous, sexy, and he loves her big Kim Kardashian-style booty. He does not mind her career at all.”