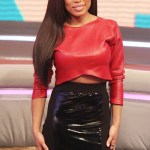 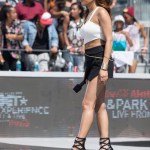 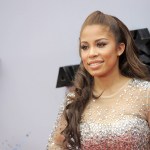 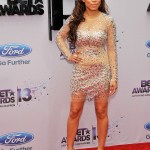 Want to find out who Keshia Chante (AKA Keke, the ex of Drake’s who he called out in ‘In My Feelings’) is? Here’s everything you need to know about her!

1. Her natural talent was realized at a young age. At only 6 years old, Keshia Chante (AKA Keke) was urged to perform at a talent show after a friend of her mom’s friend heard her rap “Dear Mama”. Keyshia said, “I was six years old when my mom’s friend overheard me rapping ‘Dear Mama,'” she recalls. “I knew every single word even though I wasn’t pronouncing half of them right. My mom’s friend suggested I perform in a talent show for Black History Month at Carleton University. At first I wasn’t sure if I wanted to perform, but the feeling of being on stage was crazy. I realized: ‘I want to do this!'”

2. The Canadian Radio Music awarded her “Best New Solo Artist” after the CD single release of “Unpredictable” in 2003. After becoming a rising star, she eventually went on to open for Destiny’s Child in 2005 for the girl group’s Canadian leg of their Destiny Fulfilled … And Lovin’ It tour.

3. She went on to be a co-host for 106 & Park. After co-hosting a few times for the program, and acting as a correspondent at the 2013 BET Awards, she was eventually bumped up to being a full-time co-host. In addition to having first lady Michelle Obama on the program, Keke was eventually invited to the White House for Barack Obama and Michelle’s White House holiday party in 2013.

4. She’s referenced in Drake’s “In My Feelings”. In the song, Drake sings, “Keke, do you love me? Are you riding? / Say you’ll never ever leave from beside me. /’Cause I want ya, and I need ya / And I’m down for you always”. Keke and Drake reportedly dated back when he was a mere 14 years of age.

5. She’s also been referenced in a few other songs by Drizzy throughout his career. In a remix of Keshia’s song “Fallen”, Drake raps, “Keshia, Keshia, do you remember the old us? You just hold it down for your boy until the plaques arrive that’s why I love you.” Meanwhile, on his song “Deceiving”, Drake raps about Keshia’s mom: “What up Tessa, I love you like my own mama, and your daughter’s getting grown, mama. And me, I’m just here working, waiting, patient for her to be ready to love and leave alone drama.”