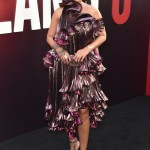 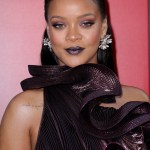 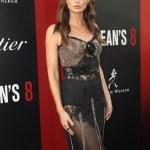 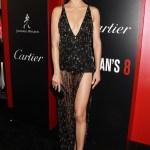 Praise from Rihanna is like receiving a compliment from the Queen, herself! Anne Hathaway revealed the awesome compliment she got from RiRi on the set of ‘Oceans 8!’

Anne Hathaway received the best compliment one could get… because it was from Rihanna. The actress, who currently stars alongside Rihanna in Ocean’s 8, revealed to Ellen DeGeneres that the “Stay” singer lifted her spirits in the best way ever when she was feeling nervous about her post-baby body. “After I had my son, the weight was really slow to come off and I was a different size than I normally am. And the director [Gary Ross] told me, ‘That’s great, we have eight women in this movie and need to have as many body types as we can,” she said on The Ellen Show. “I walked on the set and I’m in my jeans and I’ve done my best and I’m gonna love myself no matter what.” Anne went on to say that her all-star ensemble ended up showering her with compliments about her body, with Rihanna, in particular saying, “Damn girl, you got an ass!”

Anne admitted she was shocked at Rihanna’s compliment, “I, of course was freaked out and loved it so much. And I was like, ‘Really?'” she explained, and revealed Ri replied, “You got an ass like me!” Now that is women supporting women! Anne added that her famed castmates, which include Sandra Bullock and Cate Blanchett, grew incredibly close throughout filming. “I’d met a couple of them before but I wasn’t close with anybody: Now we’re all close,” he Les Mis star shared. “It just was this huge, huge love fest, which is great, cause there’s this terrible rumor out there that women can’t get along, and man, did we just murder that rumor. We just loved each other so much and it was so special.”

In the highly-anticipated film, Anne plays Daphne Kluger and has been praised as the “best part” of Ocean’s 8. While she’s technically the target of Bullock & Co.’s jewelry heist, she wins over the audience with her humor and performance. As Vulture wrote, “The movie lights up every second she’s onscreen — but then again, of course it does. She’s Anne Hathaway. She’s always going to put in the work.” Ocean’s 8 hits theaters on June 8.