Sophie Brussaux documented her pregnancy well on Instagram, and even shared a photo of her little guy, Adonis, who was allegedly fathered by Drake, back in November. Now that Pusha T has called out Drake for allegedly being a “deadbeat dad” to Adonis, the photo has come to light. Unfortunately, you can’t see the little man’s face in the photo — it’s just a shot of Sophie cradling him to her chest — but it’s still completely adorable. Sophie, a porn star from France, also shared several photos of herself throughout her pregnancy, including one cradling her bare baby bump at a baby shower.

Rumors that Drake allegedly fathered Sophie’s child first surfaced in May 2017, after she came forward and claimed she was pregnant with his baby. The two had been photographed in Amsterdam together just four months earlier, and she alleges that he got her pregnant during that trip. At the time, Drake did not deny sleeping with Sophie, but was adamant that he was NOT the father. His rep told HollywoodLife that the hookup was a “one-time thing” and that Drake “used protection,” so he “knows it’s not his child.” 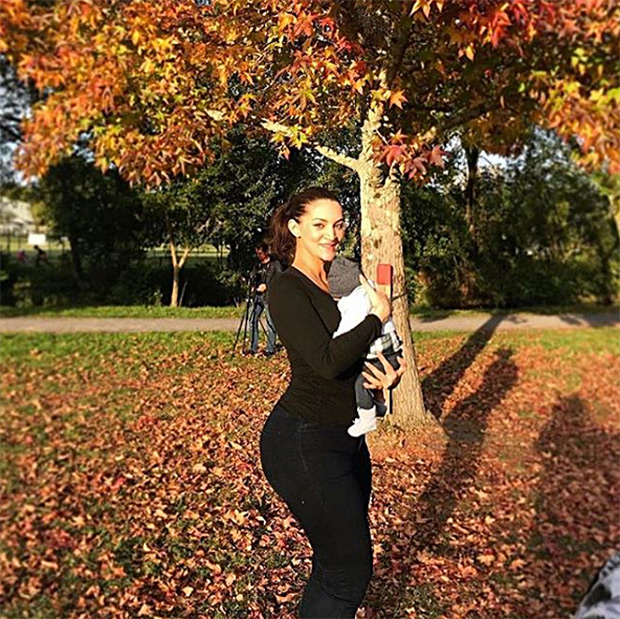 Drake has not commented since Pusha released the song and the story resurfaced. HollywoodLife has reached out to his rep for comment.