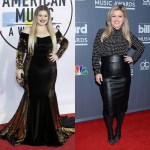 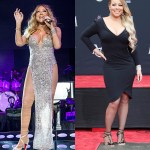 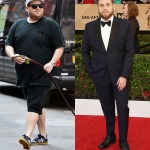 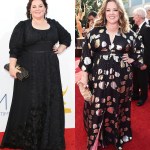 Mariah Carey has shed 50 pounds and the transformation is jaw-dropping. Now it seems Jennifer Lopez was part of the inspiration driving her desire to finally get in shape.

Mariah Carey may have infamously said she doesn’t know Jennifer Lopez. But a source close to Mimi claims the 48-year-old was inspired to lose weight because of J.Lo. An insider EXCLUSIVELY tells HollywoodLife what pushed the “Touch My Body” singer to ditch 50 pounds, dramatically changing her looks along the way. “Things were getting a little out of control with her weight and she really didn’t like how things were going,” the person says. “And she knows she has an image to uphold, a young boyfriend and, most importantly, kids that are growing up that she wants to be around for in the near and far future. So she decided to make a change for the better and for her future.”

That’s perfectly understandable. Who wouldn’t want to look hot for their toy boy lover? As fans of Mariah know she is dating 35-year-old dancer Bryan Tanaka. She also has 7-year-old twins Monroe and Moroccan to keep her on her toes. But our source says there’s another reason why Mariah wanted to get in shape. Believe it or not, despite their rivalry, fellow New Yorker J.Lo was the inspiration Mariah needed. The insider says, “She is close to 50-years-old and instead of letting it all go she sees people like J.Lo thriving at the same age. She feels that this new look is going to give her more opportunities with her career and her life and she is determined to keep the pounds off forever!”

Rumors swirled in November 2017 that Mariah had secretly had gastric sleeve surgery. She has been looking slimmer and slimmer ever since. On Mother’s Day on May 13 Mimi seemed to have turned back time when she stepped out with her boo Bryan and her twins in Malibu. With her 50-pound weight loss, she looked as thin as she did back in the 1990s. Apparently Mariah has J.Lo – and her own hard work – to thank for that. Whatever – or whoever – gave her that push, we think she looks fabulous. But then again, she always did.