Demi Lovato admitted in her March 7 Billboard interview that she nearly broke her sobriety after the 2016 Met Gala because a certain celebrity was a “complete b****” to her. She didn’t name names, but fans have figured out that she might just be talking about Nicki Minaj! At the high-profile event that year, Nicki and Demi were both Jeremy Scott’s guests, and afterward, Nicki uploaded a photo of the trio to Instagram. However, she made a point to only tag Jeremy in the pic, leaving Demi out completely. The pop star made sure to let the rapper know she was aware of the shade, too, by commenting on the pic with a crying laughing emoji, peace sign and thumbs up emoji.

Now, nearly two years later, Demi went into greater detail about the experience she had that night. “It was very cliquey,” she wrote. “I remember being so uncomfortable that I waned to drink. I changed my clothes, but I still had my diamonds on — millions of dollars of diamonds at an AA meeting. I related more to the homeless people in that meeting who struggled with the same struggles that I deal with than the people at the Met Gala — fake and sucking the fashion industry’s d***.” 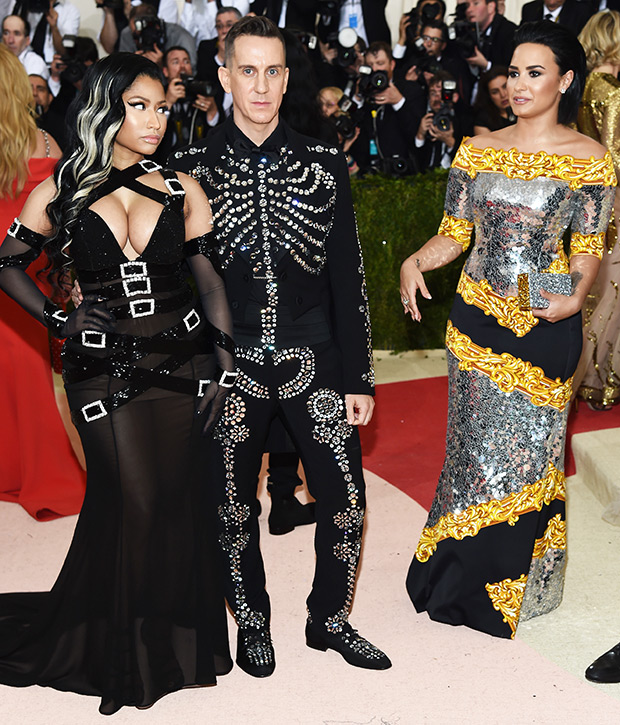 At the time of the 2016 Met Gala, Demi had been sober for just over four years. She’ll celebrate seven years of sobriety later this month.