There’s nothing like young love! Millie Bobby Brown, 13, basically just confirmed her relationship with Jacob Sartorius, 15, on her Instagram story with The. Cutest. Selfie. EVER. The adorable photo (scroll down to see it) is a grainy shot of the twosome, showing Millie smiling widely with her eyes closed while resting her head on Jacob’s shoulder. It’s captioned with three hearts! We’re considering that romance confirmation.

And it’s about time! Millie and Jacob’s stans were convinced that the two were dating when they both started dropping some not-so subtle hints about their relationship status. Millie posted an adorable photo to Instagram on January 12 of herself cuddling a giant teddy bear in her bedroom. It was captioned, “thanks for the bear.” Jacob played it real smooth (not), and commented, “of course.” Yeah, he totally gave her that teddy bear.

The evidence kept piling up. The “Sweatshirt” singer posted a series of tweets throughout the past week about loving someone, not being able to stop thinking about them, and about just hoping they were reading what he was writing. He was pining hard, and Millie liked a bunch of them! Let’s not forget that Jacob spent New Year’s Eve at Disney World with the Stranger Things star and her family. Swoon!

A source told HollywoodLife.com EXCLUSIVELY that even though Millie and Jacob are ready to make things official, their relationship is still “sweet and innocent.” They’re so young! And while they’re both famous, they do what anyone else their age does. “The pair spend tons of time talking and texting, and they FaceTime for hours like typical teenagers,” the source told us. Aww! 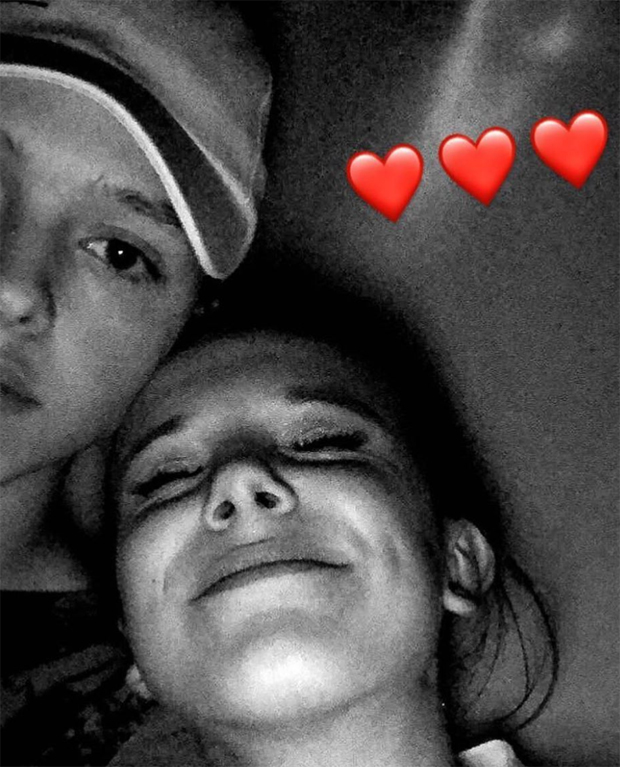 HollywoodLifers, are you excited that Millie and Jacob are dating? Let us know!