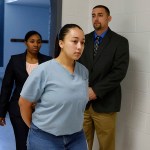 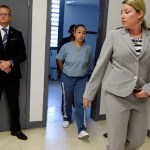 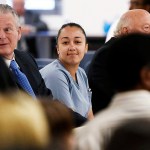 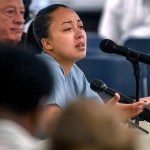 This is so sad! Cyntoia Brown recently filed an appeal, begging the court to release her from prison because she claims to be dying from fetal alcohol syndrome.

Things have gone from bad to worse for sex-trafficking victim Cyntoia Brown, 30. After being forced into prostitution and sentenced to prison for murdering her captor, Cyntoia’s attorneys are now pleading with the court system to release her from prison due to complications with fetal alcohol syndrome. “As an incarcerated person who is also a victim of fetal alcohol poisoning, Ms Brown is likely to die in prison well before her ostensible minimum of 51 years of incarceration has expired,” her lawyers argued in new court docs obtained by The Blast. In case you’re unaware, fetal alcohol syndrome is a physical and mental condition found in a person who was exposed to alcohol while in the womb.

Cyntoia’s mother drank heavily while pregnant, causing Cyntoia to inherit the condition. During Brown’s trial for the murder of Johnny Allen, her lawyers claimed that the disease was responsible for the shooting. Fetal alcohol syndrome can impair judgment, communication, and make thinking and family relationships severely complicated. Now in prison, Cyntoia’s condition has worsened. People suffering from FAS can also develop heart disease, hearing loss, vision disorder, and speech impairment. Both Cyntoia and her lawyers believe that due to this disease, she will not be able to survive in prison and that she needs proper medical attention.

Although she has been in prison since the age of 16, Cyntoia’s story gained national attention due to celebrities like Kim Kardashian, 37, Bella Hadid, 21, and Rihanna, 29, who vowed to do whatever it takes to help her find justice and get released from prison. Cyntoia is currently facing life in prison with a possibility of parole when she is 69 years old.

HollywoodLifers, what do you think of Cyntoia Brown’s story? Let us know your thoughts below.