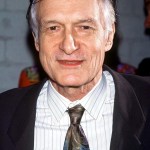 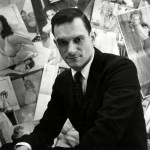 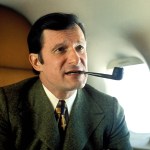 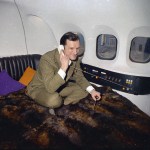 Hugh Hefner, the founder and editor-in-chief of ‘Playboy’ magazine, has died. The businessman passed away today, Sept. 27, leaving behind a $43 million fortune, his wife Crystal, and four children. Get all of the details here.

Hugh Hefner died today, Sept. 27, Playboy confirmed in a statement. The American adult magazine publisher, businessman and notorious playboy passed away from “natural causes at his home, the Playboy Mansion, surrounded by loved ones,” according to the statement. He was 91 years old when he died at the famous Los Angeles estate in the Holmby Hills neighborhood.

“My father lived an exceptional and impactful life as a media and cultural pioneer and a leading voice behind some of the most significant social and cultural movements of our time in advocating free speech, civil rights and sexual freedom,” Cooper Hefner, Hugh’s son and Chief Creative Officer of Playboy Enterprises, said in the statement. “He defined a lifestyle and ethos that lie at the heart of the Playboy brand, one of the most recognizable and enduring in history. He will be greatly missed by many, including his wife Crystal [Harris], my sister Christie and my brothers David and Marston, and all of us at Playboy Enterprises.”

Hugh left quite the mark on this world and is already being mourned by so many friends, family and fans. He was a self-made multi-millionaire — his status as the founder and chief creative officer of Playboy Enterprises earned him an estimated $43 million — and launched Playboy magazine in 1953. Hugh started out as a copywriter for Esquire magazine, and left in 1952 when he asked for a $5 raise and was denied. He raised $8,000 from investors to start Playboy, and the rest is history. Click here to see the saddest celebrity deaths of 2017.

Hugh — who was born in Chicago, Illinois on April 9, 1926 — also became known for housing young women in the Playboy Mansion, and dated up to seven women at a time. The mansion was known for its infamous grotto (the location of many an elite Hollywood party) and nearly 22,000 square feet of living space. Though it was sold for $100 million in 2016, the deal stipulated that Hef could continue to live out his days there. Hugh was married three times, first to Millie Williams, then actress and model Kimberley Conrad. He wed 31-year-old model Crystal in 2012, and they were still together at the time of his death.

In April, Cooper assured E! News that Hef’s health was not a concern. “He’s doing fine,” the businessman said of his father, while discussing the magazine’s decision to remove — and then bring back — nudity. “My dad has always made the joke that if the mansion was your house, why would you want to leave?” “I think because he has stepped back from the day to day operations of the business, people have thought that his health was not very good,” he continued. “The reality is he has a really bad back—that happens when you’re 90—and he is enjoying life at the mansion.”

HollywoodLifers, leave your condolences in the comments below.