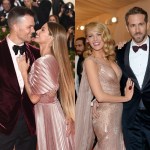 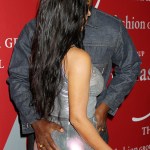 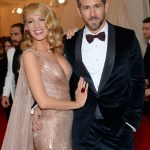 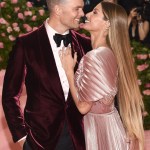 Some celebrity couples are all about the PDA. From Kim Kardashian and Kanye West, to Ryan Reynolds and Blake Lively, these celebs just can’t help but get in a little butt squeeze every once in awhile!

Celebrities are just like us: they love a good butt. It’s true! It’s our good fortune that some of our favorite famous couples are also the most PDA-heavy in the game. They’ve been caught (sometimes more than once) getting in a butt squeeze in public, and sometimes it’s the most conspicuous of places. You know, like red carpets and premieres!

Kanye West is a repeat offender of this loving PDA move. He’s fond of squeezing wife Kim Kardashian‘s butt, obviously. She’s the proud owner of one of the most famous behinds in the world, with good reason. What kind of husband would he be if he didn’t show it some appreciation every once in awhile? It doesn’t matter where they are — it could in plain sight on a red carpet at the Met Gala, or on the down low when they thought they were having a private moment. He’s been caught in the past doing this with ex-girlfriend Amber Rose, too. When she rocks a catsuit it’s almost impossible to resist the urge!

Butt grabbing isn’t only between couples, though. Sometimes you just playfully get a handful of one of your friends — or even co-worker! Charlie Puth and Meghan Trainor made the audience go crazy at the 2015 AMAs when they totally made out at the end of their performance of “Marvin Gaye” (including a major squeeze), completing the cliffhanger at the end of the music video. Hot! Miley Cyrus, 23, has been known to get a little handsy with her backup dancers. And friends like Cara Delevingne and Rihanna just can’t resist copping a feel when they look that good on the red carpet! Check out our gallery above for more butt grabbin’ celebrities!

HollywoodLifers, which butt grab pic do you like the most? Let us know!