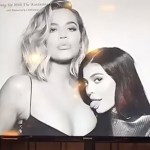 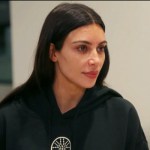 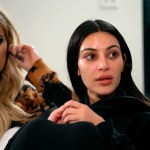 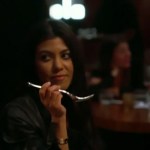 Just call her ‘Miss Movin’ On!’ Kourtney Kardashian closed the Scott Disick chapter in her life and she’s never felt better! The season finale of ‘KUWTK’ was all about new beginnings, aka, Kourtney’s new life without Scott! Get the details!

Kourtney Kardashian, 38, is more than ready for a life without Scott Disick, 33. On the season 13 finale of “Keeping Up With The Kardashians”, Kourt finally set the record straight about her on-again, off-again relationship with her ex. “Scott and I are just not meant to be together,” she said during her sit-down confessional. “I’m ready to just move on and feel like, ‘Okay, it’s done.’” Finally!

The hot momma of three — Mason, 7, Penelope, 4, and Reign, 2 – embraced the single life on last night’s epic finale. However, as you know, she is currently dating model, Younes Bendjima, 24. But, season 13’s final episode was filmed just before she got together with the former boxer.

This season of KUWTK was all about Kourtney and Scott’s relationship; He struggled to hold on, while Kourtney moved on. Although Kourt was a bit soft about where she drew the line between co-parents and flirting, she finally told Scott that they were done for good. It was evident that Scott was not happy about Kourt’s decision to move on from their decade-long relationship. But, after he was caught with a girl in Dubai, and then on the family vacation in Costa Rica, Kourt knew enough was enough.

This Scott and Kourtney roller coaster has been one wild ride. Which moments shocked you the most? #KUWTK

Now, she is happily dating Younes, and the pair haven’t been shy about flaunting their feelings for each other. The duo were spotted in Cannes, where they displayed major PDA, and the photos are almost too hot to handle! You can see the steamy pics in our gallery, below.

Although Scott has had a hard time moving on from Kourt, he’s been retreating to his old ways to cope with the split. He’s been partying and locking lips with numerous bikini-clad models. After spending some overly friendly time with Bella Thorne, 19, and Sophia Richie, 18, in Cannes, Scott jetted off to Vegas. The notorious partier, was most recently spotted at the Liquid Pool Lounge on June 11 with multiple young women. It looks like Scott will never learn…

HollywoodLifers, do you think Kourtney and Scott will ever get back together?