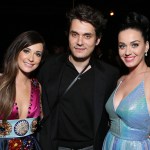 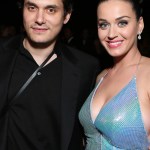 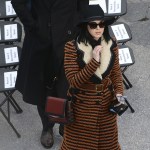 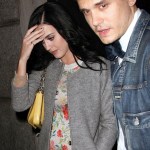 Katy Perry is chained to the rhythm — and apparently to an ex-boyfriend as well! On her new album ‘Witness,’ the singer confesses that she ‘misses’ a former lover, but which one? Could it be John Mayer? Or maybe Russell Brand? Let’s investigate.

No one is safe when it comes to Katy Perry‘s, 32, music. Arguably her most emotional and candid album yet, Witness gives tons of insight into her personal life, from the Taylor Swift feud to matters of love and heartache. We couldn’t help but notice that two tracks, “Miss You More” and “Power,” sing about missing an ex-boyfriend — or maybe even an ex-husband. The only question is, who is she talking about? Let’s review some of her hottest flames. There’s Travie McCoy from the Gym Class Heroes, comedian Russell Brand, fellow songwriter John Mayer, DJ Diplo, and most recently British actor Orlando Bloom.

Because she’s a classy woman, Katy doesn’t drop any names in her love songs. The only thing we can do is speculate based on the lyrics. In “Miss You More,” the blonde bombshell wonders “what we could have been” and talks about “distance” standing in the way of happiness. We’re going to take a wild guess and say this one’s about Russell, simply because he was her most serious relationship (hello, they got married in 2010 and divorced two years later). He’s also from Essex, England so that could explain the distance thing. Music fans will also remember that she wrote “By The Grace Of God” after their split, which reportedly stemmed from his alcohol abuse and wild partying.

Then there’s the song “Power.” This one isn’t nearly as romantic or sweet as “Miss You More” because it’s more about female empowerment and not letting a guy hold you back. Katy says “you can’t clip my wings, you can’t wilt my flowers” in the chorus. This one could be about John because they went back and forth SO many times and their relationship included several twists and turns. Of course we’ll never know the truth until the songstress speaks out, which could happen any day now cause she’s being very open about Taylor. We’re just gonna patiently wait…

HollywoodLifers, which former flame do you think Katy is singing about?