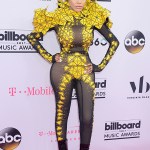 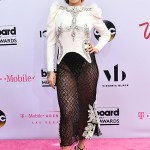 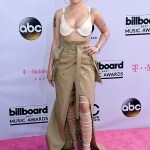 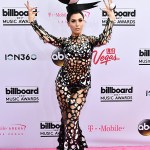 Rihanna fans are TOTALLY attacking Halsey on Twitter for her Billboard Music Awards performance! Loyal Rihanna fans are convinced Halsey’s song, ‘Now Or Never,’ is exactly the same as Rih’s ‘Needed Me,’ and they’re making sure to let her know it.

Halsey performed her newest single, “Now Or Never,” on television for the very first time at the Billboard Music Awards on May 21, and Rihanna fans who had never heard it was absolutely outraged! Twitter began blowing up with Rihanna supporters who thought Halsey totally stole the melody from their Queen’s track “Needed Me,” and some of the messages were NOT very nice. “Halsey wasnting to be the discount 99 cent store version of Rihanna so bad,” one person wrote. OUCH, harsh!

“Now or Never” is the lead single off of Halsey’s second album, Hopeless Fountain Kingdom, which is expected to drop on June 2. Meanwhile, despite some of the hate she got online, the BBMAs were overall an incredible night for the 22-year-old — she took home three awards (Top Hot 100 Song, Top Collaboration and Top Dance/Electronic Song) for her collaboration on “Closer” with The Chainsmokers. “Tonight was so scary and fun and I was so nervous!!!!!!!!!” she wrote on Twitter after the show. “Thank you guys so much I love you.”

Anyone else think @halsey performance looked like the saddest @rihanna rip off you ever did see?

Halsey did not comment on her own social media accounts about the hate from Rihanna’s fans, so it definitely seems like she’s not letting it get to her! Starting this fall, Halsey will be hitting the road for a massive arena tour, which runs from the end of September until the end of November. Fans absolutely freaked out when she announced the tour dates earlier this month! Will you be checking her out on the road?!

HollywoodLifers, do you think Halsey stole Rihanna’s song? OR do they just happen to sound similar?