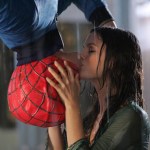 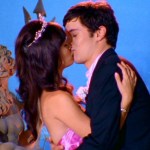 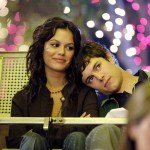 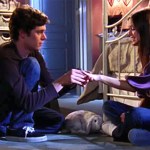 Can you believe Feb. 22 marked the TENTH anniversary since the epic finale of ‘The O.C.’?! The show introduced us to one of the most beloved TV couples of all time, Seth Cohen and Summer Roberts, and we’re still totally envious of her for dating him. Take a trip down memory lane with us and relive all the times Seth was totally the best boyfriend EVER!

Okay, so Seth (Adam Brody) didn’t even take the reigns on this one, but it will forever be one of the most iconic moments in teen television. When Summer (Rachel Bilson) left Zach (Michael Cassidy) at the airport, she jetted back to the Cohen’s house to win Seth back, only to find him dangling from the roof in the rain while wearing a Spiderman mask — and their kiss to seal the deal was absolute perfection.

Seth spent all of Season 1 (and years before that) pining for Summer, but it took until episode 20 for him to make the boldest gesture of his life — standing on a coffee cart in front of the whole school to declare his love.

Throughout Season 2, Seth competed with Zach for Summer’s love, and on prom night, the guys had to choose which one of them would get to take Summer to the dance…and which would get to have dinner with George Lucas to discuss their comic book. Although Seth originally got the latter after a coin flip, he left dinner early and raced away from one of the biggest moments of his life to, again, declare his love for Summer at school. AWWW!

Before Seth and Summer were even dating, he proved to her that they were meant to be. She was completely charmed when he revealed that he remembered every word to a poem she wrote in elementary school. When he recited the poem to her word-for-word, she kissed him for the first time. YOU GUYS!

Summer brought her and Seth matching winter gear when they were both planning to attend Brown University…and his reaction was just the CUTEST.

When Summer got pissed at Seth for the umpteenth time, she decided to drink her problems away — but he was right there at the end of the night to take care of her, which created this adorable moment.

Alright, so it was totally f***ed up that Seth sailed away from his whole life, including Summer, just because Ryan left town at the end of Season 1, but, come on — the boat was NAMED after her!

When Seth thought Summer might be pregnant with his child, he did the honorable thing and proposed. It turned out, she was totally covering for Taylor, but it just shows what kind of guy Seth Cohen is, right?!

Seth was generally a pretty selfish character, but by the end of the series, he made the ultimate sacrifice: Putting his relationship with Summer on hold so she could pursue her dreams with the environmental group, GEORGE.

Seth went from boyfriend goals to ‘husband goals’ when he and Summer finally tied the knot in a flash-forward during the series finale. WE CAN’T TAKE THE CUTENESS.

11. Then, of course, there’s just those little moments like this

HollywoodLifers, did you totally wish Seth Cohen was your boyfriend?!