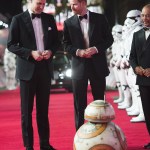 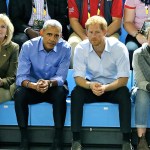 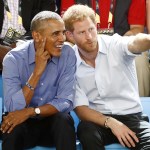 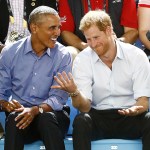 What’s a guy to do? Prince Harry is reportedly torn between two gorgeous women who adore him: Meghan Markle and Rihanna! The prince is allegedly caught in a love triangle, and deciding between these two beauties is next to impossible!

This is the ultimate problem! Rihanna, 28, allegedly developed a major crush on Prince Harry, 32, when they met for the first time! Rihanna and Prince Harry spent time together during a World AIDS Day event in Barbados on December 1, and she apparently fell for him, hard. Who could resist a little one-on-one time with the ginger prince?

“[Rihanna] had no idea there would be so much chemistry between them,” a source told InTouch Weekly. She’s already told her family members about her crush. They were all laughing because they never thought he’d be her type. But she thinks he’s so cute. She’s smitten.”

Adorable! There’s a downside to this little crush, though. Harry’s in a relationship with Suits actress Meghan Markle, 35! Things look like they’re getting serious in their romance, too. Harry’s been seen flying back and forth from London to Toronto, where Meghan lives, and she’s been doing the same for him!

Prince Harry & Rihanna — See Pics Of Them Together In Barbados

“I’m sure Meghan’s heart sank when she saw the photos of Harry and Rihanna laughing together at the event. Rihanna’s beauty would intimidate anyone,” the source said. But apparently Rihanna had no intention to break up the relationship; she’s just really smitten with Harry. “Two beautiful women are crushing on Harry. It’s a love triangle. Harry is one lucky man,” the source told InTouch. That’s an understatement!

While we love Rihanna, hopefully things work out between Meghan and Harry; she’s so in love with them that she’s been spotted wearing a necklace with their initials!

HollywoodLifers, who do you think Prince Harry should choose: Meghan or Rihanna? Tell us in the comments!