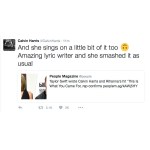 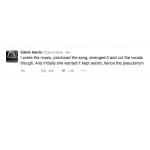 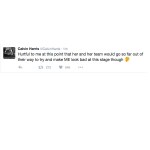 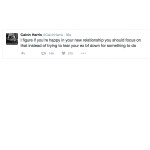 Taylor Swift’s haters are pretending to be Katy Perry, Kim Kardashian, Harry Styles and more attending a ‘Taylor Swift Is Over Party’, now that Calvin Harris has taken Tay down via Twitter. See all of the memes right here!

If Taylor Swift, 26, were to log onto Twitter right now, she’d see that there’s a #TaylorSwiftIsOverParty happening. Yep, Tay’s critics have created a hashtag for a fictional party that’s well-attended by the likes of Katy Perry, Harry Styles and more. Read on to check out the tweets of Taylor’s celebrity enemies who are showing up at the “party”!

This is one party Taylor Swift would not want to attend. Take a look at the tweets:

Y'all know Katy is first to arrive at the #TaylorSwiftIsOverParty pic.twitter.com/8dWjMNzuEt

Taylor Swift Supporting ‘This Is What You Came For’ — Evidence

As you may recall, Calvin dragged Taylor earlier today, causing fans to freak out. He attacked her in an angry rant, even going so far as to bring her rivalry with Katy Perry into it! “I know you’re off tour and you need someone new to try and bury like Katy ETC but I’m not that guy, sorry. I won’t allow it,” Calvin tweeted. Yikes!

Cal also confirmed that Taylor wrote and sang on his song with Rihanna, “This Is What You Came For”. “She sings on a little bit of it too,” Calvin tweeted in response to an article saying Tay worked on the song. “Amazing lyric writer and she smashed it as usual.” There you have it.

The Scottish DJ didn’t stop there with the calling out of Taylor, though. “I figure if you’re happy in your new relationship you should focus on that instead of trying to tear your ex bf down for something to do,” Calvin said in another tweet, referencing her romance with Tom Hiddleston. “Please focus on the positive aspects of YOUR life because you’ve earned a great one,” he added. What a day.

HollywoodLifers, are you on board with this meme, or do you think it’s too mean?