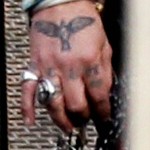 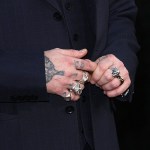 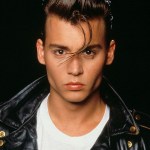 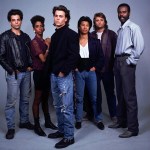 Johnny Depp’s ex Vanessa Paradis is terrified he’s going to take his partying to the next level as he copes with his divorce and abuse allegations from Amber Heard. HollywoodLife.com has EXCLUSIVELY learned she’s worried sick about the actor’s lifestyle.

Uh oh! Johnny Depp, 52, continues to party his way across Europe and it has his former partner Vanessa Paradis, 43, scared out of her mind that the stress of his drama with estranged wife Amber Heard, 30, could cause him to go on a massive bender. HollywoodLife.com has EXCLUSIVELY learned she’s terrified something bad could happen to the father of her two children.

“Vanessa is worried sick about Johnny and is urging him to surround himself with supportive people. She knows their kids are worried too and she would hate to see anything happen to the father of their children,” a source tells HollywoodLife.com EXCLUSIVELY.

Despite Amber’s claims that Johnny has a longtime drinking problem that caused him to be physically and verbally abusive to her, the star has still been partying like a rock star as he’s touring through Europe with his band The Hollywood Vampires. He was even spotted swigging champagne straight from the bottle at a bar in Denmark June 2.

“She wants him to realize how much the kids need their dad to be in good hands, and to be properly taken care of,” our insider adds. Right now Johnny seems to be surrounded by pals who like to go out after their shows and have a good time without any cares in the world. Vanessa seems concerned that he may be around people enabling his bad habits. .

Vanessa, who was with Johnny from 1998-2012, and shares daughter Lily-Rose, 17, son and Jack, 14, with the actor, came to his defense following Amber’s abuse allegations by penning an emotional letter obtained by TMZ.

It read, “Johnny Depp is the father of my two children, he is a sensitive, loving and loved person, and I believe with all my heart that these recent allegations being made are outrageous, in all the years I have known Johnny, he has never been physically abusive with me, and this looks nothing like the man I lived with for 14 wonderful years.” Despite Vanessa’s kind words, Amber continues to give out more evidence by the day, sharing texts and more photos documenting Johnny’s alleged abuse.

HollywoodLifers, do you think Johnny should dial back the partying after Amber’s abuse claims?