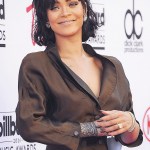 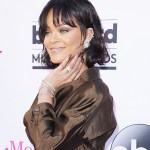 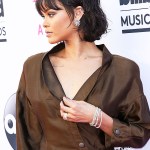 OMG, are Drake and Rihanna ENGAGED?! She flaunted a huge diamond ring at the Billboard Music Awards, which is reportedly worth $1 million and from Drake. HollywoodLife.com has tons of pics of Rihanna’s glittery new ring — check them out right here!

Drake and Rihanna might be more serious than we even expected! The 28-year-old “Love On The Brain” singer sported a massive diamond ring on her left ring finger at the Billboard Music Awards, which is reportedly an engagement ring from her rumored 29-year-old rapper beau. Could we have a superstar wedding in our future?!

As Rihanna made her way down the BBMAs magenta carpet, fans couldn’t help noticing the massive rock on her left hand. The ring is a huge million-dollar diamond set in a thick gold band, and it’s absolutely gorgeous. It was initially reported that Drake was the one who gave RiRi the 16-carat diamond, according to what a source told Media Take Out. But HollywoodLife.com has gotten word that Rihanna’s ring — a Jacob & Co.’s engraved pinky ring set with a 10 carat cushion cut diamond, to be exact — was actually just borrowed by RiRi to be part of her Billboard ensemble. Say it isn’t so!

Before Rihanna and Drake shippers get too upset, though, it is interesting that Rihanna opted to wear a pinky ring on the ONE finger that can spark some major rumors! The ring may not be from Drake, but could RiRi’s sparkler be a message to the rapper?

Drake and Rihanna have been fueling tons of romance rumors in the past several months, as they each featured each other on their respective albums and released two steamy music videos for their hit “Work.”  Heck, Rihanna has even grinded up on Drake during multiple performances of their collab! And when Drake stopped by The Ellen DeGeneres Show recently, he didn’t deny that they are together. Whatever their status really is, it’s definitely possible that Rihanna could be trying to get Drake’s attention with such an obvious sparkler on her left ring finger!

Although Rihanna said she’s single because of her crazy touring schedule back in March, it was reported in early May that the pair have been secretly dating for the past year to keep their relationship “private” this time around. In case you forgot about their history, Rihanna and Drake dated briefly (but pretty seriously) in early 2011, with things fizzling later that year — but the chemistry never did. They have been spotted getting close with each other several times in the five years since, continuing to feature each other in songs and steamy music videos. And things apparently haven’t slowed down in 2016, because Drake reportedly brought Rihanna to meet his mom during a recent trip to Toronto together!

Amidst all of the rumor sparking in the last couple of months, Rihanna has remained awfully hush-hush about where she actually stands with Drake. Because of this, we can’t help wondering if RiRi is just trying to troll us by wearing a diamond pinky ring on her engagement ring finger…but we’re certainly going to hold onto hope that the ring was a hint at some good news for fans of the Drake and Rihanna love affair!

What do you think of Rihanna’s ring, HollywoodLifers? Do you think it’s an engagement ring from Drake? Tell us below!