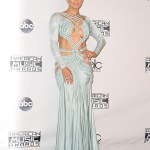 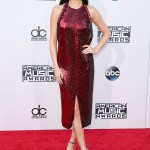 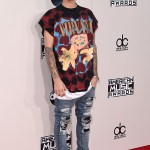 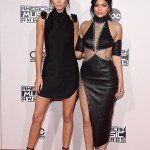 OMG, awkward moment alert! Gigi Hadid came face to face with her BFF Taylor Swift’s ex, Harry Styles, on the red carpet at the AMAS, and she wasn’t too thrilled about having to interact with him on live television. Harry was so pissed he even rolled his eyes, and it was all caught on video. Watch here!

Chicks before d**ks, right?! Gigi Hadid made it clear that she is team Taylor Swift by practically blowing right by the singer’s ex, Harry Styles, on the American Music Awards red carpet Nov. 22…but making a point to hug every other One Direction member while saying hi! It created a totally awkward moment, and the British singer wasn’t pleased. See the whole thing go down here!

The guys of 1D were being interviewed by Giuliana Rancic, and with Gigi right on deck, the stars had to cross paths. Unfortunately, Gi may not have quickly put together that the supermodel is BEST friends with two of Harry’s exes, Taylor and Kendall Jenner, and with all the history there, it’s no surprise that Gigi isn’t on the best of terms with the 21-year-old — come on, it’s all about girl power!

As One Direction walked away, Gigi came face-to-face with Harry first, and their handshake was BEYOND awkward. But things got even worse…because the 20-year-old hugged and kissed Niall Horan, Liam Payne and Louis Tomlinson hello — much different interactions than the one she had with Harry. The gorgeous Brit tried to recover by going in for a hug, but Gigi was so flustered and overwhelmed with everything happening so quickly and didn’t take notice! Harry seemed a little irked by her reaction, though, and totally rolled his eyes as he walked away from the group. YIIIKES!

Regardless, Gigi looked beyond incredible at the show, wearing a cleavage-and-ab-baring white gown with cutouts, sheer paneling, and a super sexy thigh high leg slit. But, of course, we can’t help but totally rave over her amazing hair makeover…she transformed her locks to a super chic, slicked-back bob, and she’s totally rockin’ it. Unfortunately, she told Giuliana that she probably won’t still have short hair tomorrow, so it looks like this’ll just be a temporary thing. Gigi will be presenting at the show, while 1D is performing their latest hit, “Perfect,” which, coincidentally, is definitely about Taylor. Oh, the drama!

HollywoodLifers, do you think Gigi was purposely snubbing Harry? Or was it just awkward timing?