The ‘Harry Potter 20th Anniversary’ reunion special starts streaming New Year’s Day, and only HBO Max users will be able to witness the magical event. Here’s what you need to know about how to watch the special.

The year 2022 is kicking off with an event that every Harry Potter fan will surely be tuning into. Harry Potter’s 20th Anniversary: Return to Hogwarts will be available on January 1, 2022, only on HBO Max. The highly-anticipated reunion special will feature Daniel Radcliffe, Emma Watson, Rupert Grint and more former cast members reminiscing on their time starring in the beloved fantasy films. It celebrates 20 years since Harry Potter and the Sorceror’s Stone started it all.

While Harry Potter fans are eager to tune into the reunion special, there’s only one way to watch — at least for now. Below, HollywoodLife has all the answers regarding how to watch the Harry Potter reunion, as well as the eight movies.

How To Watch The ‘Harry Potter’ Reunion 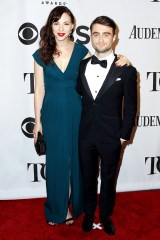 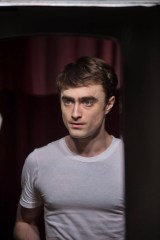 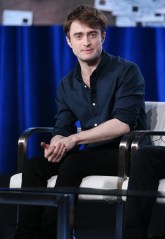 Harry Potter’s 20th Anniversary: Return to Hogwarts comes out at 3 a.m. ET/12 a.m. PT on New Year’s Day (Jan. 1). The special is only available on HBO Max, which is WarnerMedia’s streaming service that launched in May 2020. If you’re a Harry Potter fan that doesn’t have HBO Max, that needs to change now. An ad-free HBO Max subscription costs $14.99 a month, while a subscription with ads costs $9.99. If you’re already subscribed, then you’re all set for the Harry Potter reunion. The special will not be available on Netflix, Amazon Prime, Peacock, or any other streaming services. Just HBO Max!

After a few months, Harry Potter fans can watch the special through a different option other than HBO Max. Return to Hogwarts will also debut on TBS and Cartoon Network in spring 2022 ahead of the Warner Bros. Pictures theatrical debut of Fantastic Beasts: The Secrets of Dumbledore. The film’s release date is currently set for April 15, 2022, but this could certainly change due to the COVID-19 pandemic.

How Can I Watch ‘Harry Potter’ Movies

Luckily, all 8 Harry Potter films are available to stream on HBO Max. Yep, that means from Harry Potter and the Sorceror’s Stone to Harry Potter and the Deathly Hallows — Part 2, fans can binge the entire film franchise all on one platform. The Harry Potter movies are also available on Peacock, thanks to NBCUniversal’s seven-year rights deal with Warner Bros. Domestic TV Distribution that ends in April 2025.

Harry Potter’s 20th Anniversary: Return to Hogwarts will also feature appearances from Tom Felton, Gary Oldman, Helena Bonham Carter, Ralph Fiennes, and more. J.K. Rowling, who created the book series that inspired the film franchise, is not scheduled to appear in the anniversary special but will be featured in some capacity via archival footage.