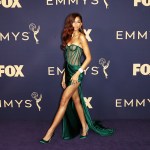 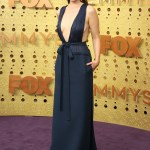 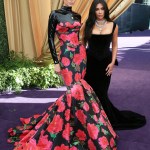 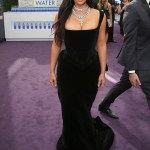 The 2020 Emmys will be virtual this year, but the ceremony must go on! There are a number of ways for you to watch the unprecedented show live.

The 72nd Primetime Emmy Awards will air live on Sept. 20 starting at 8 p.m. on ABC. This year, 138 stars from 114 locations and 10 countries will be coming together virtually to celebrate TV’s biggest night. There are a number of ways to watch the 2020 Emmy Awards from home this year.

If you have basic cable, tune in to your local ABC station for the show. If you don’t have cable and prefer streaming services, one way you can watch the Emmys is via Hulu + Live TV. This service will allow you to watch the show live via your Hulu subscriptions.

You can also watch via AT&T TV. Their Entertainment Package deal starts at $59.99 per month. With this deal, you get over 65 channels of live TV anytime, anywhere. You’ll also have access to On Demand titles and 500 hours of cloud DVR storage. Three months of Starz, Showtime, and Epix are also included if you select the deal.

The Choice Package is also available starting at $64.99 per month. This package includes over 90 channels of live TV, including regional sports networks for a fee. You’ll also get a year of HBO Max for free, as well as 3 months of Starz, Showtime, and Epix if you select the offer. For both the Entertainment Package and Choice Package, you’ll get a $100 AT&T Visa® Reward Card if you order online. The 2020 Emmy Awards will be hosted by Jimmy Kimmel. Presenters include Jason Bateman, Sterling K. Brown, Laverne Cox, Count Von Count, Morgan Freeman, Ilana Glazer, Abbi Jacobson, Lin-Manuel Miranda, D-Nice, Randall Park, RuPaul Charles, Patrick Stewart, and Jason Sudeikis.