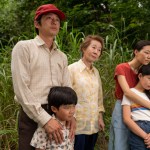 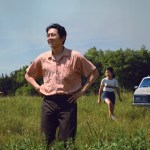 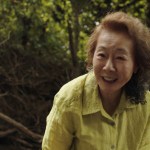 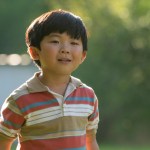 Yuh-Jung Youn took home Oscar gold on April 25. Here’s what you should know about the ‘Minari’ star who’s been an actress for 50 years.

The critically-acclaimed Minari was nominated for 6 Academy Awards at the 2021 Oscars, and Yuh-Jung Youn walked away with the Best Supporting Actress Oscar. The 73-year-old plays the beloved Soon-ja in the film about a Korean family starting a farm in 1980s Arkansas. Yuh-Jung has become an awards season darling, winning a SAG Award, BAFTA Award, and now the Academy Award.

Minari is Yuh-Jung’s American film debut, which comes 50 years after her first film. She has appeared in dozens of South Korean films and TV shows over the course of her 50-year career. From her “heartbreaking” past to her brief retirement period, here’s what you should know about the woman who’s made Hollywood history.

1. Yuh-Jung made history with her role in ‘Minari.’

2. She has starred in several South Korean films.

Yuh-Jung received major recognition for her role in the 1971 film Woman of Fire. Her other notable South Korean films include The Housemaid, The Taste of Money, Canola, and more. The actress has also appeared in TV series like Be Strong Geum Soon, My Husband Got A Family, Dear My Friends, and more.

3. Yuh-Jung retired from acting at one point.

Yuh-Jung retired from acting in 1974 after she married singer Jo Young-nam. They immigrated to the United States during their marriage. She eventually went back to Korea and returned to acting. Yuh-Jung and Jo divorced in 1987. They have two sons together.

4. Her family struggled when she was a child.

Yuh-Jung and her family were living in Korea during the Korean War. She reflected on that “heartbreaking” time in an interview with NPR. Her family rationed supplies, and her great-grandmother would re-use the family’s water. “To me, she was very dirty, or not hygienic,” she said. “So, I didn’t like her at all. What a stupid thing [to think]. I didn’t like her because she’s not clean and she’d always say she’s not hungry. She would always skip lunch.”

She later realized her great-grandmother was skipping meals so her family could have more food. “She never said, ‘I love you,’ but I realized, after I become 60 years old, all of a sudden I thought about my great-grandmother. Then I realized, ‘Oh, she was saving all the food and all the water for us. Every night, I prayed for her because I felt terrible,” she told NPR. “I ask her for forgiveness, I was very ignorant.”

Yuh-Jung won the 2021 BAFTA award for Best Supporting Actress. She accepted the award virtually and had the best acceptance speech. “Thank you so much for this award. Every award is meaningful, but this one, especially [to be] recognized by British people, known as very snobbish people, and they approve me as a good actor. So I’m very, very privileged and happy,” she said.