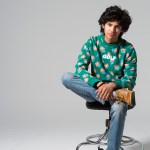 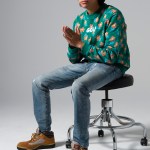 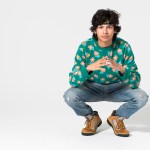 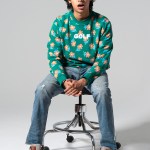 Wax on, Xolo Maridueña! The star’s ‘Cobra Kai’ series on YouTube Premium, which is a ‘Karate Kid’ sequel, debuts its second season on April 24 – here’s what you need to know about the actor!

Xolo Maridueña is back and ready to fight in season two of Cobra Kai! The 17-year-old actor portrays yet another Karate Kid in the spin-off show. This iteration takes place more than 30 years after we first got to know the wax-on, wax-off story. Xolo returns for season two of the show, which is a year after season one in 2018 – learn more about the young actor, below!

1. Xolo Maridueña is ready to find his balance. The young actor portrays Miguel Diaz in YouTube Premium’s Karate Kid sequel series, Cobra Kai. Xolo’s character is similar to the original Karate Kid, Daniel, who was portrayed by Ralph Macchio. Miguel has trouble with bullies, is raised by a single mother, and learns karate to defend himself. Sounds pretty cool, right?

2. You might recognize Xolo from his role on ‘Parenthood’. He played Victor Graham on the series for approximately three years.  He’s also appeared on Twin Peaks, Major Crimes and Rush Hour over the years!

3. He trained hard for the role! In an Instagram video posted on Oct. 24, 2017, just hours after it was announced that Xolo would be playing Miguel, he shared a peek into some of his intense training sessions. It looked like Xolo had not one, but three trainers working with him as he learned how to punch, kick, and more. It was pretty cool to watch the new Karate Kid getting into shape before he started filming!

STOKED TO ANNOUNCE THAT ILL BE JUMPING ON THE COBRA KAI TRAIN. Humbled to be given the opportunity to portray Miguel Diaz, a “sexy-badass roundhouse-kicking-tall-intelligent young man” (their words, not mine). Such a pleasure to work with some top notch actors, producers, and directors to bring you all the TV Show you’ve been waiting 30 years for. More announcements and pictures coming soon, but for now, let your karate gi’s soak in Karate Kid nostalgia as we bring you something worth remembering! @youtube #YouTubeRed #CobraKai #thekaratekid (Also enjoy some Grade-A training shots of me on the first day) @courtneyhenggeler @tannerbuchananofficial @missmarymmouser @william_zabka @ralph_macchio

4. Xolo is a Los Angeles Dodgers fan! He made this abundantly clear when he tweeted about the first World Series game in Oct. 2017, which the Dodgers won. “1 down 3 to go!” Xolo wrote on Twitter excitedly. So cute!

5. The ‘Cobra Kai’ series brought back original characters, including Ralph Macchio and William Zabka. They reprised their roles as Daniel and Johnny, and for those of you who have seen the original Karate Kid, you’ll likely be pleased to know that they still weren’t getting along very well, according to EW.