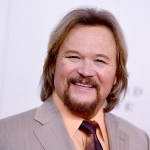 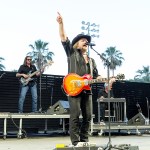 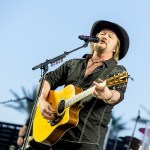 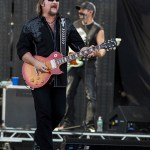 Ahead of Travis Tritt’s performance on the season 16 finale of ‘The Voice,’ get to know more about the country singer here.

Travis Tritt hasn’t put out new music since 2013, but he still loves performing — which is why he’s the perfect person to appear as a guest on the season 16 finale of The Voice on May 21! All four of the finalists on the show will have the opportunity to sing with a celebrity during the finale, and Travis will be teaming up with Andrew Sevener from Blake Shelton’s team. The guys will be rocking out to “T-R-O-U-B-L-E,” and it’s sure to be a rock/country hit! If you’re unfamiliar with Travis, here’s more to know about him:

1. He’s released several albums and has multiple no. 1 hits. Travis released his first album on a major record label, Country Club, in 1990. His contract with Warner Bros. stated that he had to release a hit single before he would be able to release an album, which is just what he did with the song “Country Club” in 1989. Country Club’s second single, “Help Me Hold On,” was Travis’ first number one. He went onto have four more number one songs throughout his career. Travis released his most recent album, The Calm After… in 2013, which was just a re-release of his last previous album, The Storm, which came out in 2007.

3. He’s done some acting. In 1993, Travis landed his first acting role in Rio Diablo, a made-for-television movie. He’s made appearances on shows like Touched By An Angel, Elmo’s World, Yes, Dear, King of the Hill and The Girls Next Door, among others, throughout his career.

5. He claims to have experienced the paranormal. Travis opened up about his alleged paranormal encounters during an appearance on The Haunting Of… in 2015. He claimed that he had been woken up by voices that spoke to him in an ‘unknown dialect’ on a “regular basis” while he was at a vacation cabin starting in 1993.