The Kid LAROI is a star on the rise! After his song “Without You” became a worldwide viral hit, he made his Saturday Night Live debut alongside music industry powerhouse Miley Cyrus. At just 17 years old, the Australian crooner, born Charlton Kenneth Jeffrey Howard, has already worked with the likes of Justin Bieber and the late rapper Juice WRLD — and has accrued more than a billion streams across all music platforms! Here’s 5 more things to know about the singer. 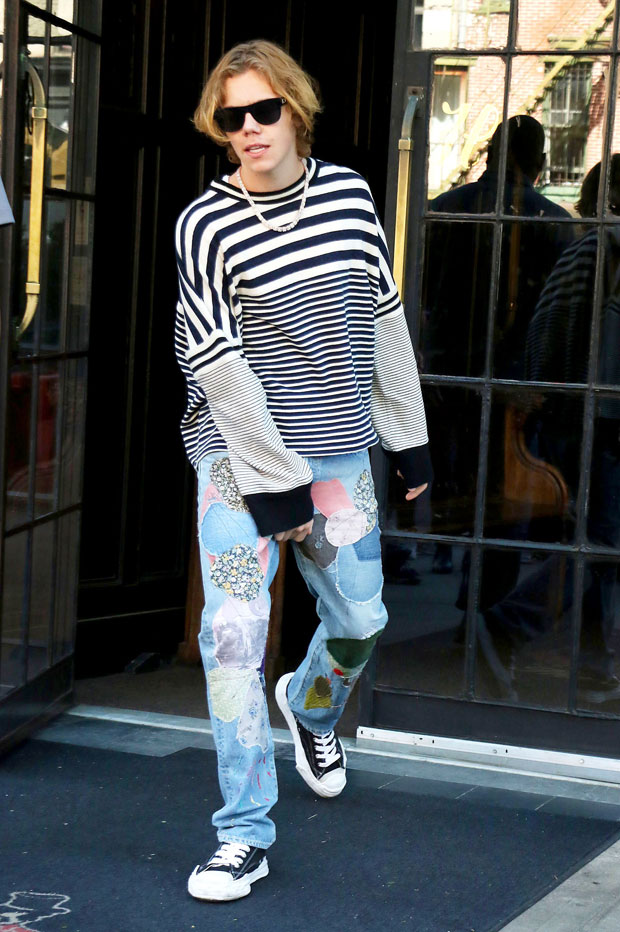 1. The Kid LAROI debuted his ‘Without You’ remix on ‘SNL’.

He was joined by former Disney star Miley Cyrus for a performance of their newly dropped “Without You” remix. The pair sounded incredible as they sang the emotional lyrics about a lost love. “You cut out a piece of me, and now I bleed internally/Left here without you, without you/And it hurts for me to think about what life could possibly be like/Without you, without you,” they crooned. Towards the end of the moving performance, which marked The Kid LAROI’s debut, they embraced each other in a hug. Fans first got a hint that the Aussie singer might be appearing as part of a performance when he showed up in BTS snaps taken on set.  “Guest starring …” host  Elon Musk, 49, wrote in a tweet, which was also shared by Miley.

2. His hit song ‘Without You’ went viral on Tik Tok.

If you’re on the app Tik Tok, you’ve likely heard The Kid LAROI’s voice. He first found success on the platform after name-checking TikTok’s second most followed user, Addison Rae, in an original song. Just days later she posted a video reacting to it, which racked up 10 million views, and saw thousands of others making their own videos singing along to the clip. A few months ago, a clip from “Without You,” which touches on relationship problems, exploded on the app. It has been used in more than three million videos, and transcended social media to the charts, hitting the top 10 in more than a dozen countries. The Kid LAROI now has nearly 29 million monthly listeners on Spotify. He’s also become somewhat of a Gen Z icon, thanks to his savvy social media use, and openness about previously taboo topics like mental health.

3. His mom is his biggest supporter

The Kis LAROI has opened up about the influence of his mom, who played a lot of hip hop music around him while growing up. “She never said, ‘You can’t do that; it’s impossible!’ Because you know, when you look at [those dreams], it seems impossible for a 10-year-old Australian kid out in the desert…achieving something like this. My mom never told me that, though, but who knows what she really thought,” he told Forbes. “If she had told me I couldn’t do it, I don’t know, I might still be back in Australia,” laughs Howard.

4. His stage name is a reference to his Indigenous background.

The stage name The Kid LAROI, which is a far cry from his birth name Charlton Kenneth Jeffrey Howard, is actually a reference to his indigenous heritage. His mother comes from the Aboriginal community, Kamilaroi.

5. He moved to LA to pursue a music career.

In order to fully pursue his dreams, the teenager left Australia, and set his sights on California. “It’s a whole different world than where I’m from. It’s a lot faster, with a lot more stuff going on. It’s kind of weird coming from Australia and being thrown into the mix in L.A., but at the same time I feel like, ‘this is what I was always meant to do.’  So it kind of comes naturally for me. I do sit back sometimes and say, ‘Damn, this s*** is crazy,’ but I’ve kind of been wanting to do this my whole life, so it’s amazing to finally get the opportunity to do this because not a lot of people where I’m from get this kind of opportunity,” he told Forbes.