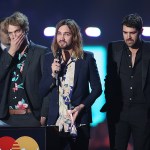 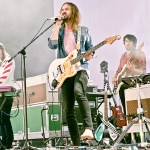 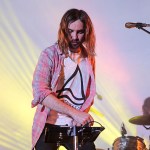 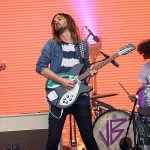 Tame Impala is taking over! Not only is the band headlining Coachella 2019, but they’re the latest act to grace the legendary ‘SNL’ stage.

It’s the ultimate honor for any musician: a chance to play the iconic Saturday Night Live stage. Grammy nominated rockers Tame Impala will be doing just that on March 30, when they play the show for the first time! This will be Tame Impala’s SNL debut, aside from when frontman Kevin Parker, 33, played guitar for Travis Scott’s performance in October of 2018. It’s the perfect time for the band to rock the stage since they just released their long-awaited single “Patience,” their first since 2015. Plus, 2019 is going to be a huge year for the band, seeing as they were announced as a Coachella headliner alongside Ariana Grande and Childish Gambino. No big deal, right? For those who are having a “Who?” moment at mention of the band, here’s all you need to know about Tame Impala.

1. They’re a psychedelic rock band. While there will be a full band when Tame Impala hits the stage, the band is really the brainchild of Kevin Parker. After playing around some of the bands in the Perth, Australia music scene, he began Tame Impala in 2007 as a home-recording project. After posting a few tracks on MySpace – yes, MySpace – he gained attention from labels around the world. He ultimately lied to the labels, saying that Tame Impala was a full band.

“I think I was just shy,” he told the Evening Standard. “I thought if people saw a bunch of guys with long hair in the picture they’d enjoy it more. I didn’t think I had anything to offer as a solo artist.” In order to bring these songs to life in a live environment, Kevin has a touring band, featuring Jay Watson, Cam Avery, Dominic Simpler and Julien Barbagallo.

2. They’re critically acclaimed… Don’t get it twisted. Tame Impala doesn’t sound like Blue Cheer, Iron Butterfly, Jefferson Airplane or any of those bands you’d find in your uncle’s record collection. The band fuses “the sonics of the ’60s and ’70s with taut pop melodies and modern electronic production, the project found great acclaim in their native Australia with their 2010 debut album, Innerspeaker,” per Pitchfork. Innerspeaker was well-received by the critics, but their following albums – 2012’s Lonerism and 2015’s Currents – are the ones that earned them critical acclaim.

3. …and they’ve worked with some big stars. If you’re a fan of Lady Gaga’s “Perfect Illusion,” or Rihanna’s “Same Ol’ Mistakes,” you can thank Kevin, as he wrote the lyrics/music for the tracks. He’s also worked with Travis Scott, Daft Punk and others.

4. He’s on Ye…sorta. “That was an absolute saga. It was uncannily poor timing,” he told the Evening Standard. As Kanye West was premiering his Ye album, Kevin was giving an interview. A friend texted Kevin to tell him that his song was playing, so Kevin told the journalist he was on “Ghost Town.” Turns out, his contribution was left off that song, and he was credited on another song, “Violent Crimes.”

5. Kevin’s just as surprised at his band’s fame as you are. “It’s the last world I would have expected to end up in but I’ve become more comfortable with it,” Kevin says about his newfound fame.

“I’m actually a really poor judge of how successful Tame Impala is. I tend to underestimate it. But if it had happened any faster, it would have been out of control for me personally,” he added. “I think every time I’ve released an album it’s had this slow build. I think that’s the result of the kind of music it is. It gets under your skin.”